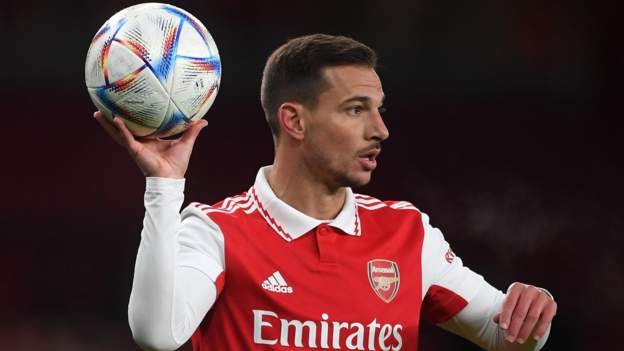 Arsenal full-back Cedric Soares is moving closer to completing a move to Fulham.

The two clubs are in talks over a move for the 31-year-old - which may be a loan or permanent deal - and it could be agreed by the end of the week.

BBC Sport understands Cedric's £100,000-a-week wages are one of the issues holding up the deal.

Cedric, whose contract runs until 2024, has made two Premier League appearances for leaders Arsenal this season.

Fulham manager Marco Silva is keen to sign the defender to add experience and versatility to his squad. The pair have worked together before while Silva was manager of Sporting Lisbon.

Another potential hurdle is that Fulham already have defender Shane Duffy on loan from Brighton and forward Dan James on loan from Leeds, with rules stating clubs can only have two loanees from other Premier League clubs.

Fulham are performing above expectations in the league and are seventh after 21 games.

All the latest Fulham news, analysis and fan views in once placeYou can now get Fulham news notifications in the BBC Sport app - find out more