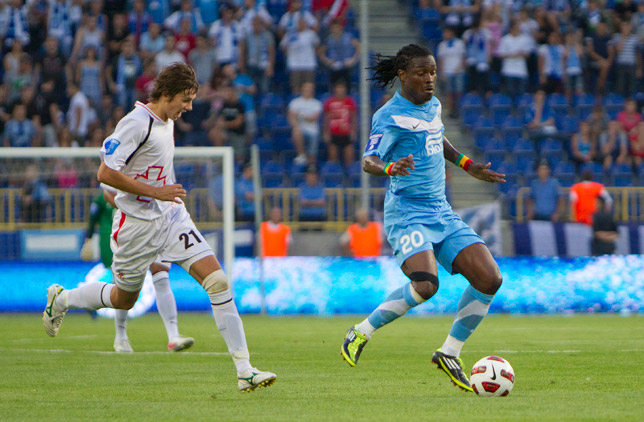 Boateng only joined the Ukrainian side earlier this summer when he arrived from Getafe in Spain.

West Brom had made a bid for him then, but Boateng instead opted to sign a four-year deal with Dnipro.

But now just a few months into his deal with the Ukrainian club, he could get the chance to move to England.

Fulham knocked Dnipro out of the Europa League earlier this month, and despite being with them - Boateng is understood to have impressed manager Martin Jol.

The Cottagers boss is now hoping Fulham can strike a deal, which would see Boateng arrive in West London.

Having already sealed one permanent deal in this window, Fulham's bid would have to be a loan one with a view to a full transfer.

Now Fulham are believed to be in talks with Dnipro with the hope of thrashing out a deal before Wednesday's deadline.