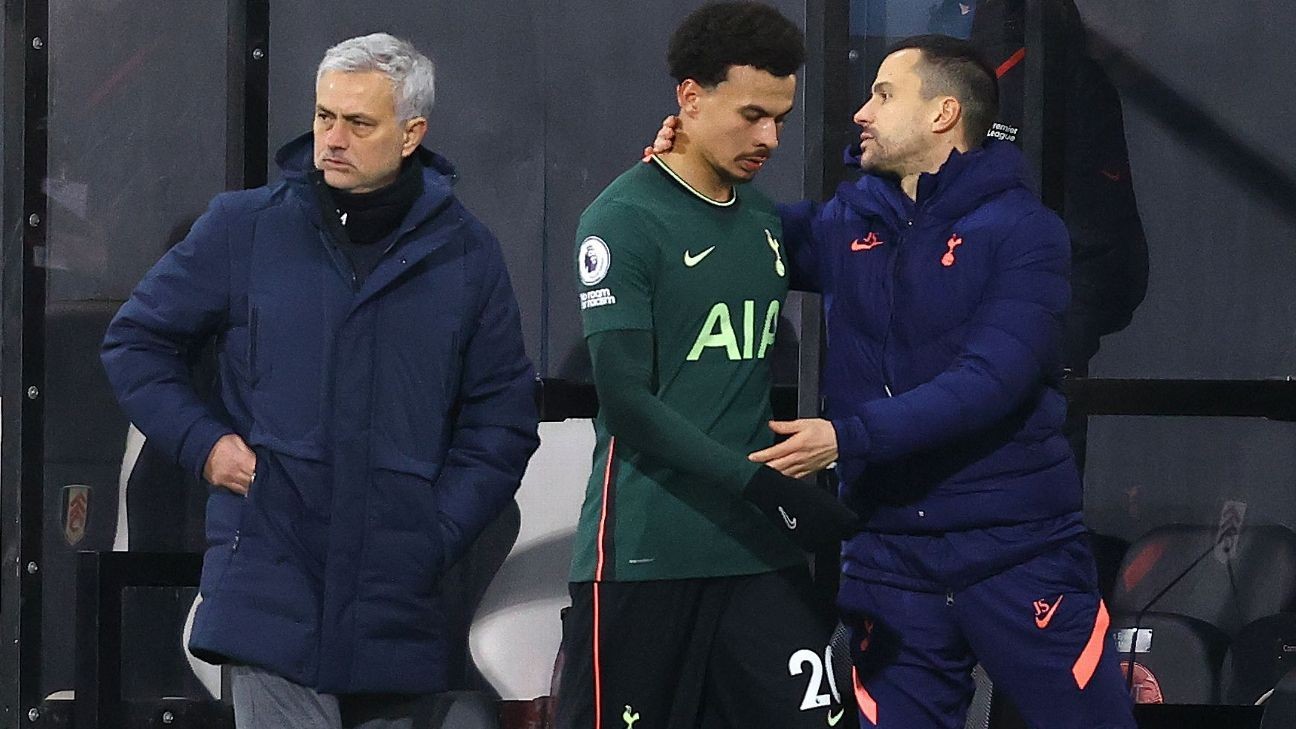 Jose Mourinho said the decision to hand Dele Alli just his second Premier League start of the season against Fulham on Thursday was "not a gift" and was "deserved" reward after his recent performances.

Alli's involvement led to what proved to be Tottenham's winner in their 1-0 win at Fulham. He connected with Son Heung-Min's cross in the first half and his effort and deflected in off Fulham defender Tosin. It was later credited as an own goal.

It was Alli's first top-flight start since the opening day of the season, as he lined up alongside Harry Kane, Son and Gareth Bale. He played 66 minutes before being replaced, but Mourinho was happy with Alli's performance.

"He deserved it," Mourinho said of Alli's start. "It was not a gift -- it was a consequence of his work. Since he came back into the team and working with the team 100% and becoming fit to play, he did well in the Europa League and coming from the bench against West Ham and against Burnley. He was deserving."

Mourinho would not get carried away with Tottenham's recent run of three wins on the bounce in all competitions, with the side now sitting just three points off the top four.

The Spurs manager would not be drawn on the handball awarded against Fulham player Mario Lemina, which ruled out Fulham's potential equaliser. VAR intervened after Josh Maja looked to have equalised for Fulham in the second half, only for the goal to be ruled out for handball after Davinson Sanchez's clearance hit Lemina's arm with the Fulham player standing a couple of metres away.

Fulham boss Scott Parker said common sense was needed in that instance and said VAR is "killing" the excitement of the game.

"We're trying to make the game so pure and sterile and controlling every phase and moment. We want to see excitement, but VAR is killing every bit of it," Parker said.

"You no longer celebrate a goal -- you're hanging on thinking it'll be disallowed. You're losing the raw emotion of the game we love. My opinion has not changed. I knew slowly along the way -- experiences, disappointment -- will only have a damning effect. Tonight was about common sense for me."