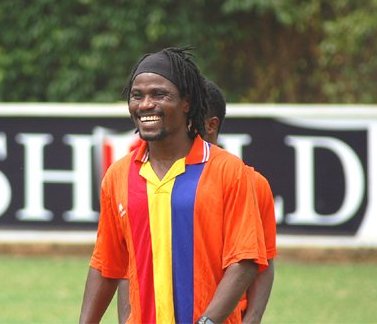 Laryea Kingston charged on a prominent Hearts of Oak supporter over his substitution in Sunday's training game with Division Two side Juventus.

The 31-year-old redirected his fury after his second half substitution on A.S Wumpini (PRO of Chapter O) who resisted retaliation.

The former Lokomotiv Moscow player insists his substitution was orchestrated by the fans with specific reference to Wumpini.

"After kicking a dustbin in fury, Laryea (Kingston) attacked me because he believed we were the cause of his substitution," Wumpini told Accra-based Hot FM.

"It was in the presence of the club's CEO (Fred Crentsil) and other dignitaries and so I decided not to retaliate otherwiseÂ perhaps it would have been a different story."

Kingston was recently accused of slapping an AshGold official in their away defeat at Obuasi.