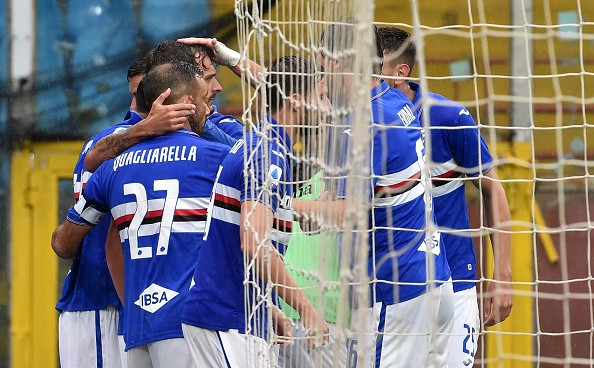 The striker scored the only goal of a tough game against the Granata, finding the back of the net on 56 minutes to give the victory to the hosts.

It was a mixture of football and waterpolo – with the game being at risk of being called off until a few hours before kick off due to the heavy rain.

Sampdoria started off the better side, with Salvatore Sirigu having to pull off an early save to deny Fabio Depaoli.

With the teams struggling to cope in the bad weather, the first half was more or less a washout, though Torino were in control they failed to get a shot on target.

The second half started like the first one. Depaoli had a chance after just one minute, but his shot wasn’t on target.

Ten minutes later came the breakthrough for the hosts, with Gabbiadini robbing the ball from Lyanco inside the Torino box and easily beating Sirigu.

Space opened up on the break for the Blucerchiati. Sirigu had to deny Ronaldo Vieira from close range after a prefect counter attack, and then was perfect on a long range Albin Ekdal shot.

Torino struggled to create any danger and the Blucerchiati managed to take home their first points of the campaign.