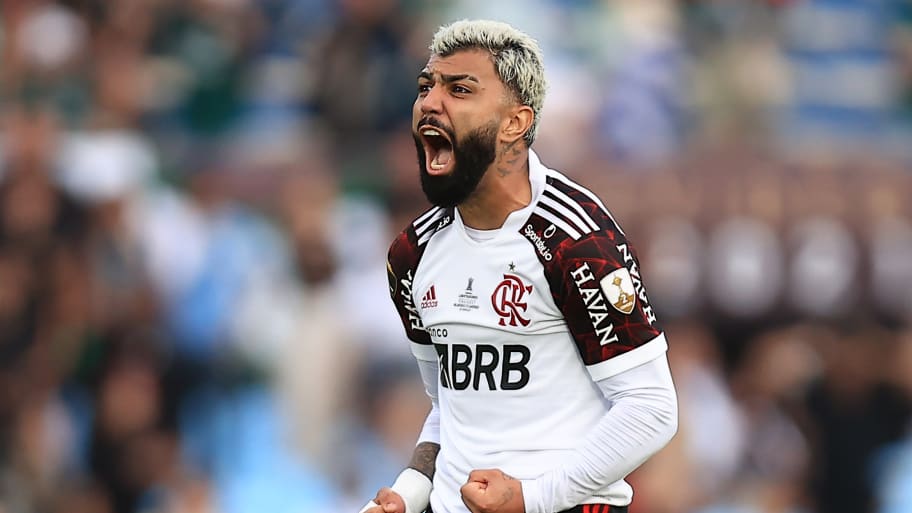 Gabriel Barbosa is hoping to secure a move back to European football in January and the Premier League is his preferred destination, 90min has been told.

Better known as Gabigol, the Brazilian has reignited his career at Flamengo after failing to make his mark at Serie A champions Inter and topped the 2021 Copa Libertadores goalscoring charts with 11 goals in 13 appearances - the second time in three seasons that he's finished as the competition's top scorer.

The 25-year-old has been a prolific scorer in his two years at Flamengo and his goals have not only helped the club win nine major trophies - including back-to-back league titles and the Copa Libertadores in 2019 - they've attracted significant interest from a number of top clubs.

Gabigol has previously turned down opportunities to return to Europe, rejecting both Chelsea and West Ham, but with the January transfer window looming and Brazil's domestic season close to ending, 90min understands he is ready to push for a move.

Capped 17 times by Brazil so far, Gabigol is keen to spearhead the Selecao's attack at the 2022 World Cup in Qatar and feels like a move back to Europe well help that become a reality, while he also considers himself to be in a better place physically and mentally from his disappointing spell in Italy - which saw a near €30m move to Inter as a 19-year-old fall apart after just four years.

Marco Correia de Oliveira, one of his intermediaries, is actively looking at his options in the January transfer window, amid significant interest from England, Germany, Spain, Italy and the Middle East.

Long-term admirers West Ham are among a number of Premier League clubs considering a bid, while Arsenal, Everton, Aston Villa and soon to be big spending Newcastle - who desperately need to add quality to their squad to have any chance of Premier League survival - are also in the hunt for his signature.

Bayer Leverkusen and Villarreal are two interested parties from continental Europe and enquiries have also been made by clubs from Italy - showing how in-demand Gabigol is.

However, 90min understands that Gabigol is unlikely to pursue a return to Serie A, nor is he interested in heading to the Middle East during the prime of his career. Instead, he'd prefer to test himself in the Premier League.

Any team wanting to sign Gabigol will likely need to put together a financial package worth in excess of £30m for Flamengo to consider selling, as he still has another three years left on his contract.

While that seems like a significant amount of money to part with in January, a well placed source has told 90min that the Premier League's interested parties consider him worth the outlay - as a player of Gabigol's quality is rarely available in the winter transfer window, in addition to it being unusual for a top class striker to be actively seeking a move during the season.

This article was originally published on 90min as Gabigol eyes return to Europe - Premier League move his preference.