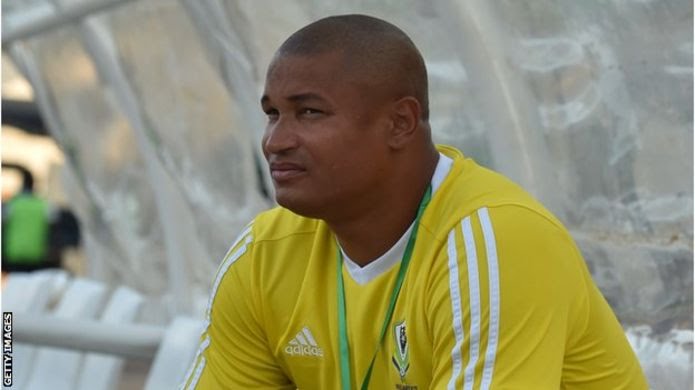 Daniel Cousin has been dismissed as Gabon coach after failing to qualify for the 2019 Africa Cup of Nations, the country's sports minister Alain Claude Billie By-Nze announced on Wednesday.

Cousin's sacking comes after the Panthers drew 1-1 with Burundi last Saturday in their final qualifier.

The draw meant the Central African nation could not join the 24 teams for the tournament in Egypt this June.

The former Rangers FC and Hull City forward replaced Spanish coach Jose Antonio Camacho in September, 2018 after managing to get only one point in the first two qualifying games.

Cousin, 42, was in charge of four matches during his reign; managed to win two,  drew one and lost one.

The Gabonese Football Federation have began the search for a new coach locally and internationally and is expected to be known in the next 60 days.