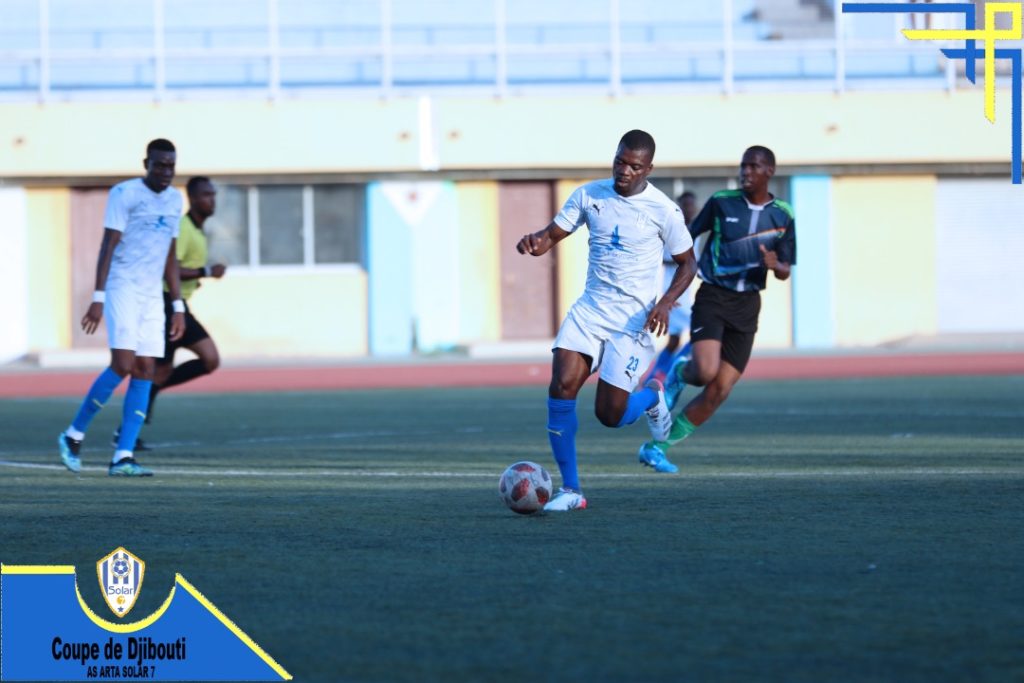 Striker Gabriel Dadzie scored two goals on the resumption of the Djibouti Premier League on Friday.

Dadzie netted the first and second goals in Arta Solar's 4-0 win over AS Port  at home.

It was the first match of the second round of the Premiere Division.

Arta Solar top the table with 19 points after 23 matches.

His performance earned him the official man of the match award.

Dadzie is continuing where he left off last season when he raked in 26 league goals to win the golden boot award.

That was his third consecutive Golden Boot award since moving to the Horn of Africa country in 2018.