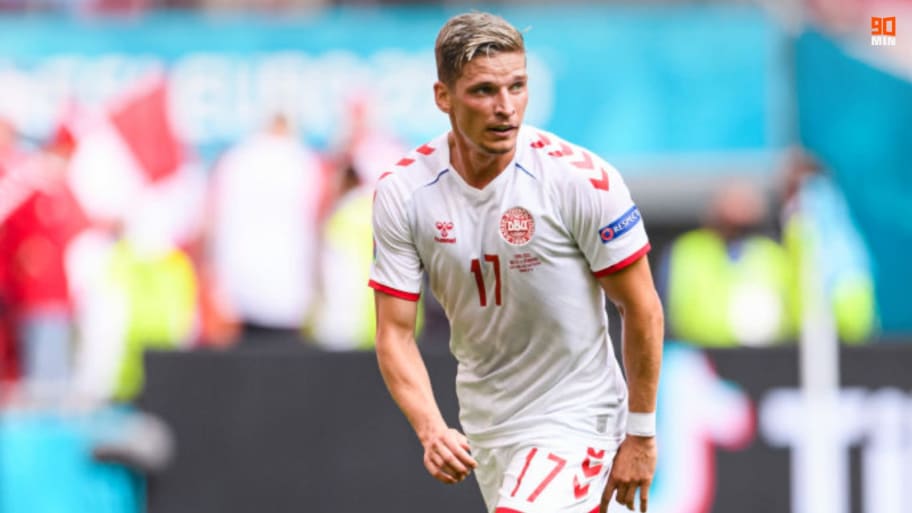 The 30-year-old was one of Denmark's best players during their run to the semi-final of the Euros, excelling at right wing-back before his country were eliminated by England at Wembley.

Larsen's performances drew the attention of many around Europe, with 90min learning before the tournament's conclusion that Watford were among the clubs keen to do business with Udinese, their sister club.

But having initially been hopeful that Larsen could be persuaded to move to Vicarage Road and test himself in the Premier League, 90min has learned that the Dane has opted for the prospect of playing Champions League football with Galatasaray - should they come through the qualifying rounds unscathed.

The Turkish giants are closing in on a deal that could be worth up to €4m - which is more than Watford were prepared to part with for Larsen - and he will receive better financial terms in terms of his contract.

The versatile defender, who has turned out for Brondby, FC Nordsjælland and Austria Wien over the course of his career, has been at Udinese since 2017, making 140 appearances in all competitions. The club are owned by the Pozzo family, like Watford are, and players have frequently been exchanged between the two over the past couple of years.

The Hornets will now move on to other targets though, as they continue to gear up for their first season back in the Premier League. Promotion back to the top flight was secured at the first time of asking, and the club have gradually been strengthening manager Xisco's hand this summer with new recruits.

Emmanuel Dennis is the headline act to arrive in Hertfordshire, but Watford also have one eye on keeping prized asset Ismaila Sarr at the club. 90min has been told that he remains on the radar of Jurgen Klopp and Liverpool, who are looking to reinvigorate their squad ahead of an attempt to wrestle the Premier League crown back off Manchester City.

The Reds are willing to pay up to £40m for Sarr, although it's unclear at this stage whether Watford would accept a bid despite his willingness to engage in talks.

This article was originally published on 90min as Galatasaray to pip Watford to signing of Jens Stryger Larsen.