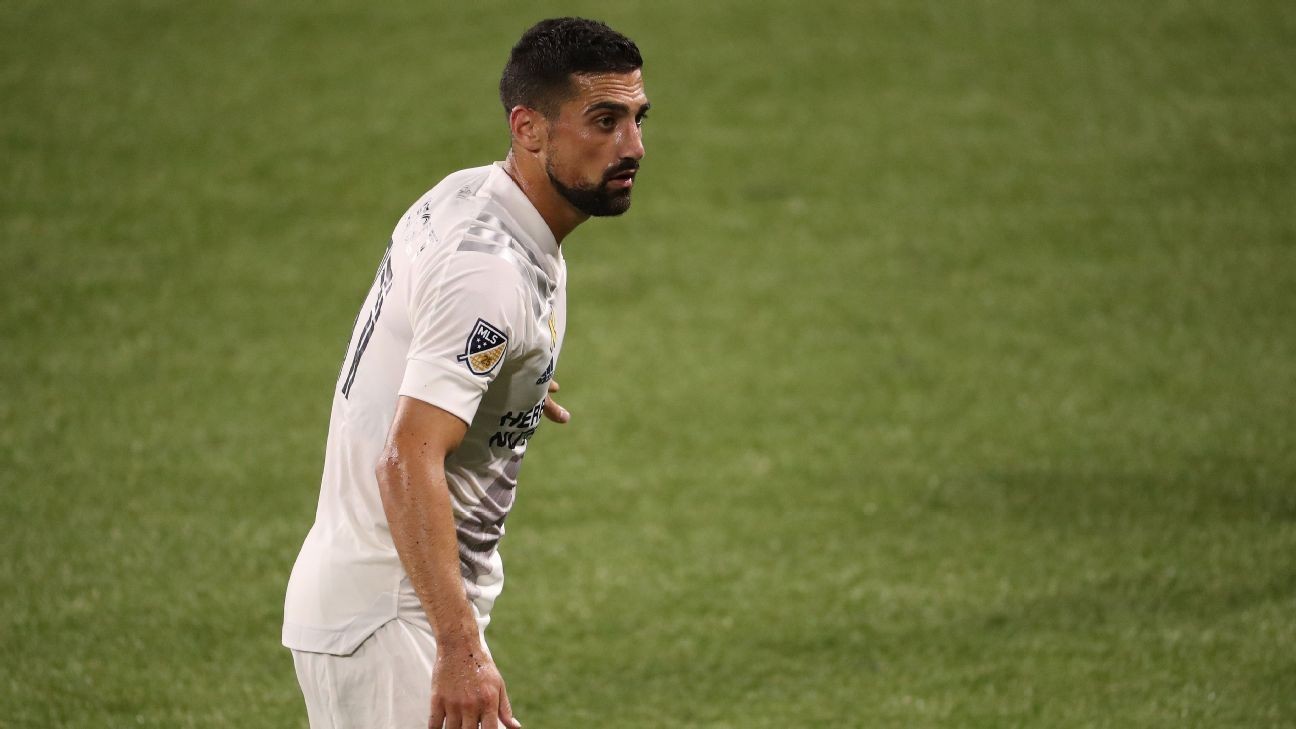 Sebastian Lletget said it was a 'poor decision' to use an anti-gay slur in Spanish. Abbie Parr/Getty Images

LA Galaxy and United States men's national team player Sebastian Lletget apologized again Wednesday for his use of an anti-gay slur in a video he posted to his Instagram account last week.

Lletget fought back tears and said he will work with Major League Soccer to try to become an ally for the LGBTQ+ community.

MLS previously announced it was aware of the situation and would begin a formal investigation. Lletget said he has been in contact with the league office but has not been notified of any possible disciplinary action ahead of the team's season opener against Inter Miami on Sunday.

Lletget used the Spanish slur as he slapped teammate Julian Araujo on the back of the neck outside a recent Galaxy training session and deleted the video from his Instagram account shortly.

"This was a poor decision on my end and it was a moment of just pure stupidity," Lletget said. "I'm a human, I made a mistake and that's simply what happened. But now I want to rectify that."

Lletget has played for the Galaxy since 2015, with 151 appearances for the team. Most recently, he appeared for the USMNT during their two March friendlies.