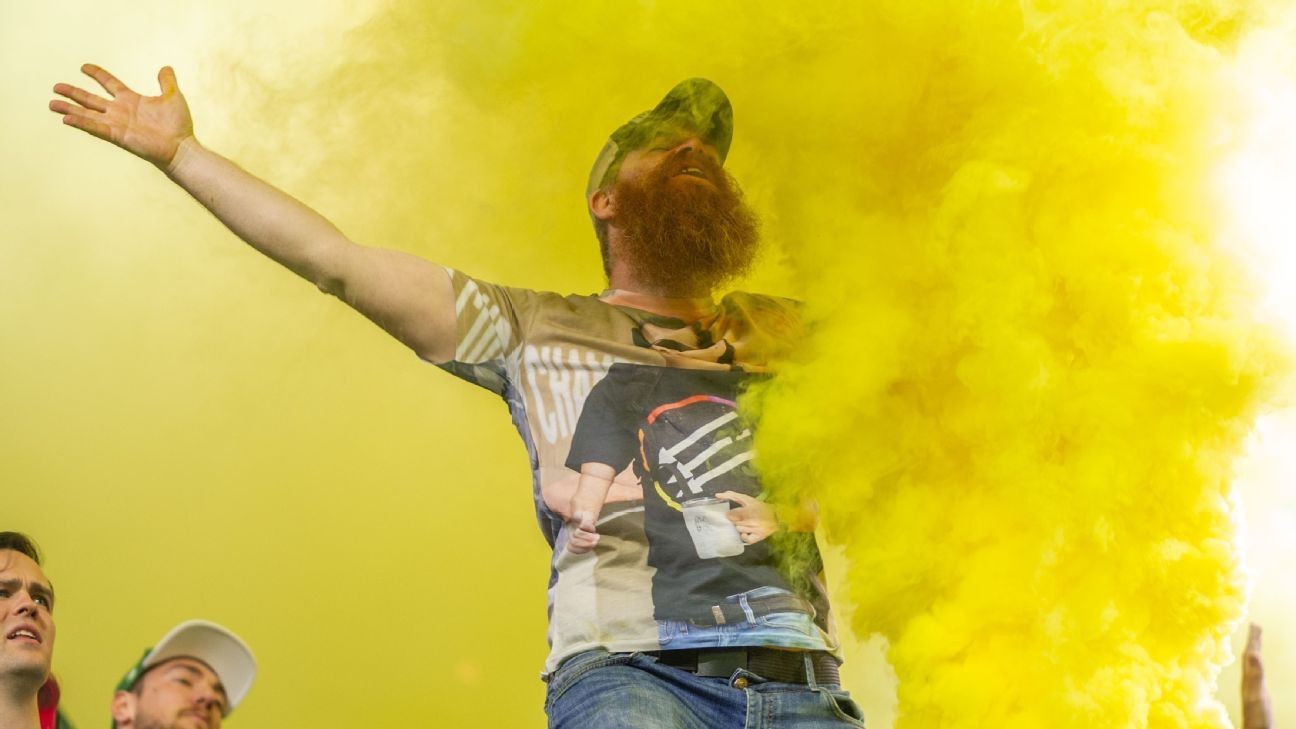 MLS commissioner Don Garber said that the league hopes to announce its schedule for the resumption of the regular season "soon" and that games will be played in front of fans "where we can."

Garber was speaking to Fox Sports at halftime of Wednesday's semifinal of the MLS is Back tournament that was eventually won by the Portland Timbers, 2-1, over the Philadelphia Union. While FC Dallas and Nashville SC were forced to withdraw from the tournament due to a cluster of positive tests for the coronavirus, there haven't been any more positive tests in the last three weeks, allowing the tournament to go forward. For that reason Garber struck a triumphant tone.

"Fifty-one games in 35 days and delivery for our fans, getting our players on the field, having our media partners and our sponsors being able to reengage, getting back that momentum that we had in the launch of the 25th season, that's the thing that has us all feeling pretty good tonight," said Garber.

With the tournament set to conclude on Aug. 11, thoughts are naturally turning to when the regular season will resume. Multiple reports have the season starting again on the weekend of Aug. 22, though Nashville and Dallas could begin before then in a bid to make up the three league games they lost by not playing in MLS is Back.

Having players exit the bubble and return home will create a greater risk of exposure to COVID-19, but Garber is optimistic that the players' experience of being in the bubble will carry forward for the rest of 2020.

MLS is Back semis preview Orlando vs. Minnesota an underdogs battle

"We learned a lot in the bubble," he said. "We learned about testing. We learned about the incredible commitment of our players wearing masks and social distancing and taking real responsibility for keeping themselves safe. And that really will give us the sense of what we need to do to finish the season, have playoffs and have an MLS Cup before the end of the year."

The success of the MLS is Back tournament has led to suggestions that the league should hold a similar event next year. Garber didn't rule out the possibility, but said the league's priorities are more short-term in nature.

"Perhaps this is something we could recreate in the early part of the year, but there has been no planning for that whatsoever," he said. "The focus is in our markets, in front of our fans when we can, getting our players home and getting back to some sense of a new normal once we're able to achieve a regular cadence of games."