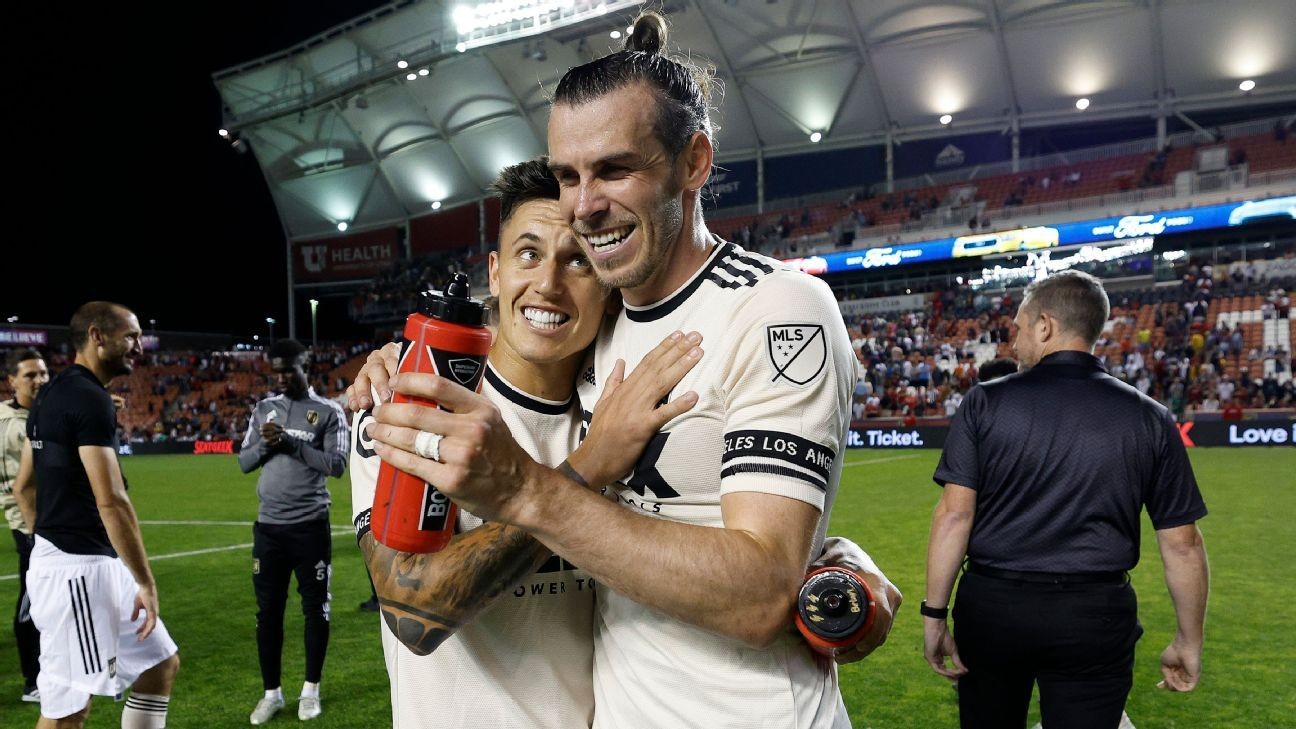 Goals, goals, goals. There were 76 goals in 20 Major League Soccer games as we head into the All-Star break (watch MLS All-Stars vs. Liga MX All-Stars on Wednesday, LIVE on ESPN), good for an astounding 3.8 goals per game.

In a stunning turn of events, when nearly every game features both teams banging in goals, be it from superstars or defenders with long distance rockets, it's a hell of a week to be a fan. Underlying all those goals is how each one impacts the playoff race.

After all, we are into the final two months of the season and with surges from the Colorado Rapids and New England Revolution, the playoff race is getting bigger by the week. So on top of the amazement that comes with a substitute defender annihilating a ball from 30 yards to win a match in stoppage time (hello, Andrew Gutman), there is also the knowledge that it may completely alter multiple teams' seasons.

That is agonizing and, frankly, beautiful. How do the teams stack up after all those goals? Let's dive in.

Was the highlight of LAFC's win in Salt Lake Gareth Bale turning back the clock with a defense-eviscerating run, Christian Arango scoring two more, Giorgio Chiellini's hilarious handball, or that they did it with Denis Bouanga waiting in the wings? The Black and Gold keep humming.

You're not going to blame a team for losing in Columbus and NYCFC did score twice against the Crew, but that hole left by Valentin Castellanos looks bigger by the day.

After getting smoked by Cincinnati, the Union have won only one of their last seven in Ohio. Lay off the "chili," boys.

Some might see Sebastian Driussi having to score two more goals just to draw San Jose, 3-3, at home as cause for concern, but others might see putting your superstar in position to be heroic as a gift to the adoring public. Thank you, Austin.

The Red Bulls lost a wild 5-4 contest to the Rapids and then went lame in a scoreless draw against D.C. Nobody disappoints in a multitude of ways quite like RBNY.

A home draw against Miami can be forgotten when you win in Columbus just a few days earlier. Montreal simply has to figure out how to keep James Pantemis' head on his shoulders.

FCD took just one point from their trip to Seattle and Portland, but finally getting to see someone else put together a good performance, only to blow it with a late capitulation? It had to be a dream for Dallas watching the Timbers put the ball in their own net 10 minutes into stoppage time and hand them a draw.

play0:35Dallas levels the match with Diego Chara's own goal in 100th minute

Portland's Diego Chara scores his own goal in the 100th minute, giving Dallas the equalizer.

For fairness' sake, losses to LAFC don't count. Congratulations on your week off, RSL.

The Loons' 4-3 loss to Colorado wasn't pretty, but it was their first loss since June, Emanuel Reynoso didn't play and they returned to a pristine 78 degree Minnesota summer day. Nobody is allowed to stress out in the Twin Cities.

Cincy took on one of the best teams in MLS, anchored by an all-time great defense, and absolutely annihilated the Union, 3-1. That game makes up 17% of the goals Philly has given up all season. It was an appropriate way to celebrate Brandon Vazquez making the All-Star team.

The good: Literally everything Cucho Hernandez and Lucas Zelarayan do. The bad: Collapsing late in a loss to Montreal and trying to do so again in a win over NYCFC.

After a 1-1 draw in Portland and a 4-3 loss to Toronto, Nashville has already given up more goals than they did all of last season.

After scoring nine goals in wins over the Red Bulls and Minnesota, the Rapids are only three points back of a playoff spot with two matches in hand. If they continue to average 4.5 goals per game, you have to like their chances.

Turning wins into draws, especially at home, is a good way to miss the playoffs. While the Nashville draw isn't too bad, conceding an own goal in the 10th minute of stoppage time against Dallas is lurking as the moment that could haunt the Timbers all winter.

With every loss, this time 3-0 at home against a New England team ravaged by injuries up front, it becomes more and more important that Orlando wins the U.S. Open Cup.

You know what's even better for a neutral than TFC flying high with Lorenzo Insigne and Federico Bernardeschi? Toronto having a defense that will force them to pour in the goals in order to win, like they did in a 4-3 victory over Nashville.

The schedule makers sent them to San Jose midweek and Montreal on the weekend. They were asking Miami to lose, but they walked away winners on the west coast and with a draw up north. Take that, fancy computer that decides the schedule.

A win over D.C. and loss to Chicago -- which direction is Charlotte going? Well their next two games are away to LAFC and NYCFC. Good luck, buds.

If the Fire got 10 cents for every dime Xherdan Shaqiri dropped, they might be able to buy a playoff spot. After two more assists from Shaqiri in a win at Charlotte, they're trying to do just that.

When a 4-2 scoreline against SKC, one of the worst teams in the league, flatters you, you're still the same club that missed the playoffs in five of the last six seasons no matter how many millions you spend.

Down half a team due to health and safety protocols and trailing in the waning minutes, the Whitecaps were supposed to fall out of the playoff race, but they called upon the ancient soccer tactics of flying elbows, launched long balls, deflections and a helping hand from a bad Dynamo team to steal three points. The playoff push continues.

Andrew Gutman said "why not me?" And despite plenty of evidence to the contrary, he was right and the Five Stripes won.

play0:45Andrew Gutman strikes a goal to win the match for Atlanta United

Among the very best goals a player can score is going "corner? I don't need to hit the corner. I'm just going to hit the everloving you know what out of this ball." But doing that from 35 yards? That's perfection. Paul Marie achieved perfection in a draw against Austin and such perfection cancels out a putrid loss to Miami midweek.

Sporting were better than the Galaxy in attack, midfield, defense and the VAR booth. That's how you increase your goals scored on the season by 21% in one evening.

D.C. lost to Charlotte, but what really matters in a rough season is hurting the Red Bulls. Mission accomplished, with a 0-0 draw. It was United's first clean sheet in 13 games and probably inspired by the tidy trim work on Wayne Rooney's beard.

When you get to play a Whitecaps team that had half its team in health and safety protocols and take a lead into the 88th minute, but still go full Sideshow Bob? Ughhhhh.