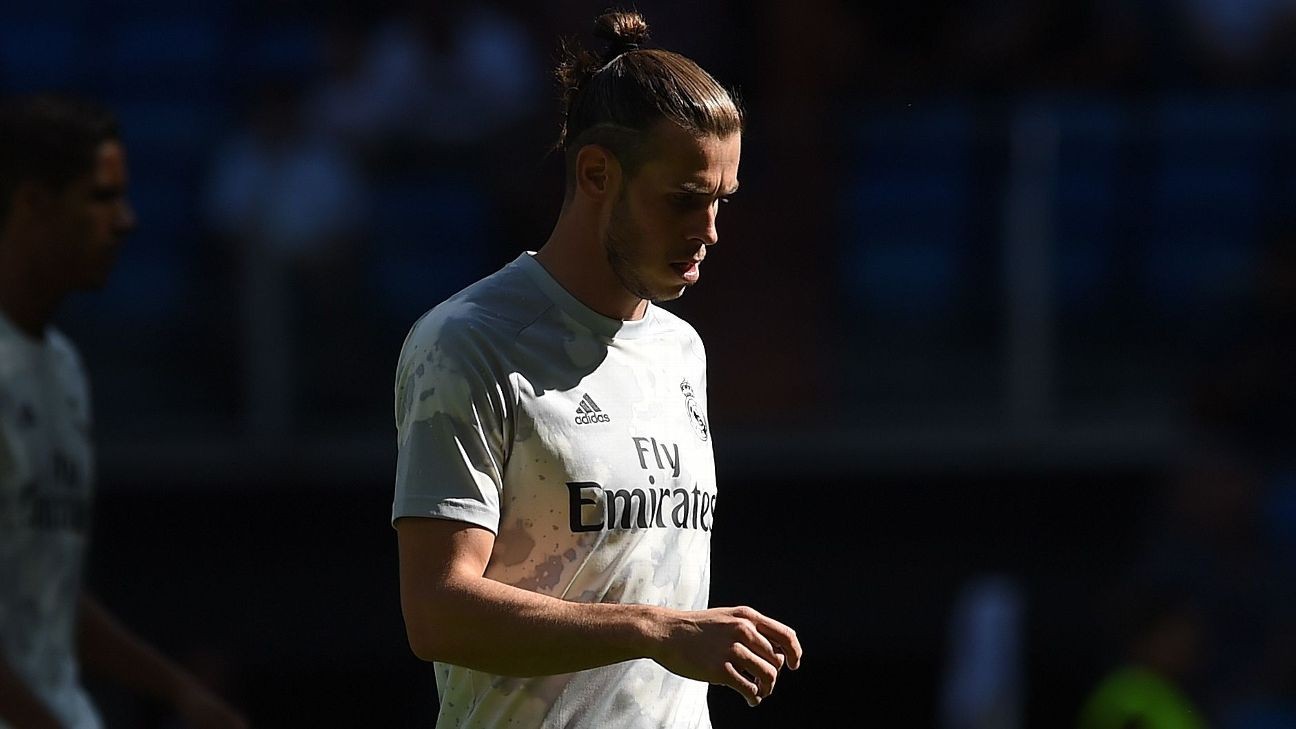 Shaka Hislop questions whether or not Gareth Bale will leave Real Madrid in January.

Real Madrid's Gareth Bale said anger over his treatment and media speculation about his future at the Spanish club had not distracted him from giving his best on the pitch.

The 30-year-old forward was involved in a tense stand-off with coach Zinedine Zidane in the offseason, with the Frenchman stating he was keen for Bale to leave, although a reported move to Chinese club Jiangsu Suning in July was scrapped.

Bale has since forced his way back into Zidane's plans and helped Real go to the top of the league -- scoring two goals and providing two assists in six matches -- but reports continue to link the Welshman with a move away from Santiago Bernabeu.

- Xabi Alonso in Madrid court for tax evasion, faces €4m fine
- Euro qualifiers preview: Time for the Dutch to step up
- Lowe: Why Courtois is struggling to win over Real Madrid fans

"You play with a lot of emotion, and anger comes into it, but I'm just trying to play football, enjoy it as much as I can and give my best," Bale told reporters ahead of Wales' Euro 2020 qualifier in Slovakia on Thursday.

"Whenever I step onto the pitch I give 100% to help the team ... I love meeting up with Wales. I haven't got anything to clear my mind about."

Gareth Bale has said anger over his treatment and media speculation about his future at Real Madrid had not distracted him from giving his best.

"It would have unsettled him because it was apparently very close for him going," Giggs said.

"Things do change quickly in football and now he's playing, he's loved, he's happy, and I expect him to carry on doing what he's doing for Real."

Wales are fourth in Group E with six points, but have a game in hand over leaders Croatia (10 points), Slovakia and Hungary (nine points each).