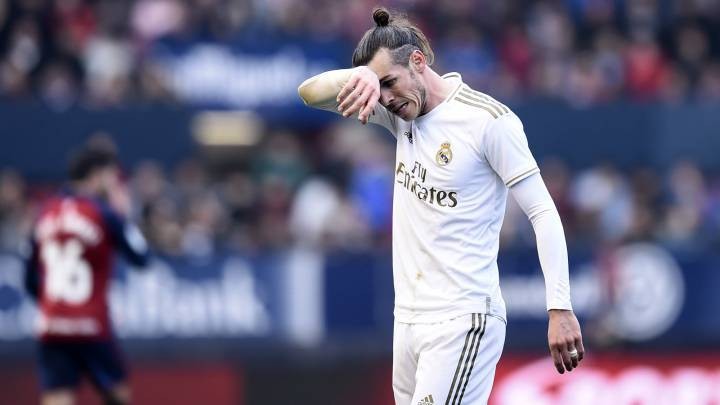 It's been 337 days since Gareth Bale's last goal at the Santiago Bernabéu which coincided with Zidane's return to the bench for the second time.

It's proving far from an easy season for Welsh international Gareth Bale with his on and off field issues further complicating his relationship with coach Zidane despite the best efforts from his agent Barnett who has been on a "good cop" assault in recent weeks. After a run of games without being selected by Zidane, Bale was back in the starting XI in Pamplona last Sunday but delivered a discreet performance and was subbed in the 70th minute.

The visit of Celta to the Santiago Bernabéu is a special occasion for Bale, with the visit of the Galician side to Chamartin ground some 337 days ago (March 16, 2019) marking the last time the Welsh striker hit the net in a home game. Bale latched onto a Marcelo assist to find the corner to make the scoreline 2-0 for the home side.

The game game at a bleak time for the club, having being eliminated in the Champions League at the hands of Ajax, ousted in the Copa del Rey by Barça and slipped-up to the Catalan side in the Bernabéu El Clásico which ended any outside aspirations of a league challenge . These results heralded the end of Santiago Solari's spell on the bench and the home game against Celta Vigo in March 2019 saw the return of Zinedine Zidane as coach. The Frenchman immediately recalled Marcelo and Isco to the side and started Gareth Bale in his initial startling line-up against the Galicians.

Drop-off in form for Bale

The March evening marked the last time Gareth Bale found the net at the Santiago Bernabéu with the Welshman only on target this season three times, bagging a double against Villarreal in match-day three of the 2019-20 campaign along with his Copa del Rey strike against Unionistas.

The season has seen Bale plagued by injury and the Cardiff born player has only completed eight full games in the past 14 months.

Celta last faced Madrid at home some 337 days ago. Will the visit of the struggling side provide talisman for Gareth Bale to strike the back of the Bernabéu net again?