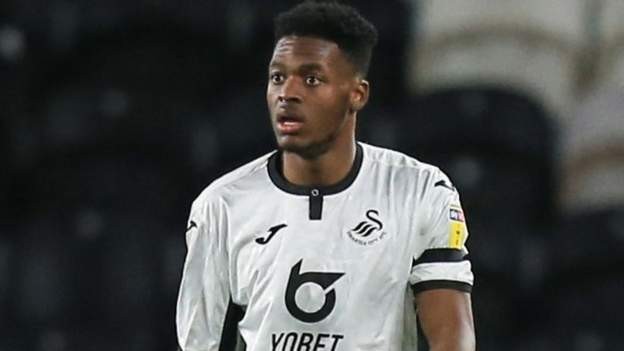 Winger Jordon Garrick has signed a two-year contract extension to stay at Swansea City until summer 2023.

The 22-year-old has been on loan at Swindon Town since January, but Swansea have secured his long-term services.

Garrick's previous deal was due to expire in June 2021.

The Jamaica-born player joined the south Wales club in November 2015 and had scored three goals in 19 Swansea appearances before going on loan.

Garrick is on loan with League One Swindon until the end of the season, but is regarded as a player with the potential to play regular first-team football at Swansea.