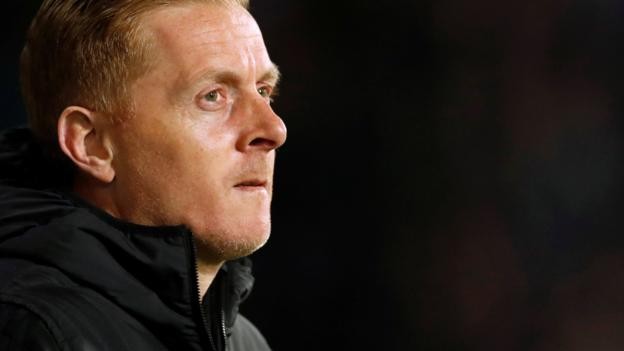 Sacked Birmingham City boss Garry Monk says he will not yet reply to "certain disappointing comments" from the club since his departure on Tuesday.

In interviews with the written press, Blues chief executive Xuandong Ren has claimed there was a dispute relating to the use of Monk's agent in "all" of the Championship club's transfer deals.

He also said they clashed over owner Paul Suen Cho Hung's request for a more attacking style of football.

"Mindful of my contractual obligations, it is not my intention, certainly not at this stage, to engage with those comments," he said in a statement via the League Managers' Association.

The former Middlesbrough, Swansea and Leeds manager, 40, was appointed by Birmingham in March 2018 and Blues won five of their final nine games of the season to secure Championship safety.

Monk then led Birmingham to 17th in the second tier last term, although Blues had nine points deducted for breaching EFL profitability and sustainability rules.

"The fact that I am not being given the opportunity to build on those solid foundations is a huge disappointment," Monk said.

"However, I come away with a great sense of satisfaction and pride at the work we have all done up until this point."