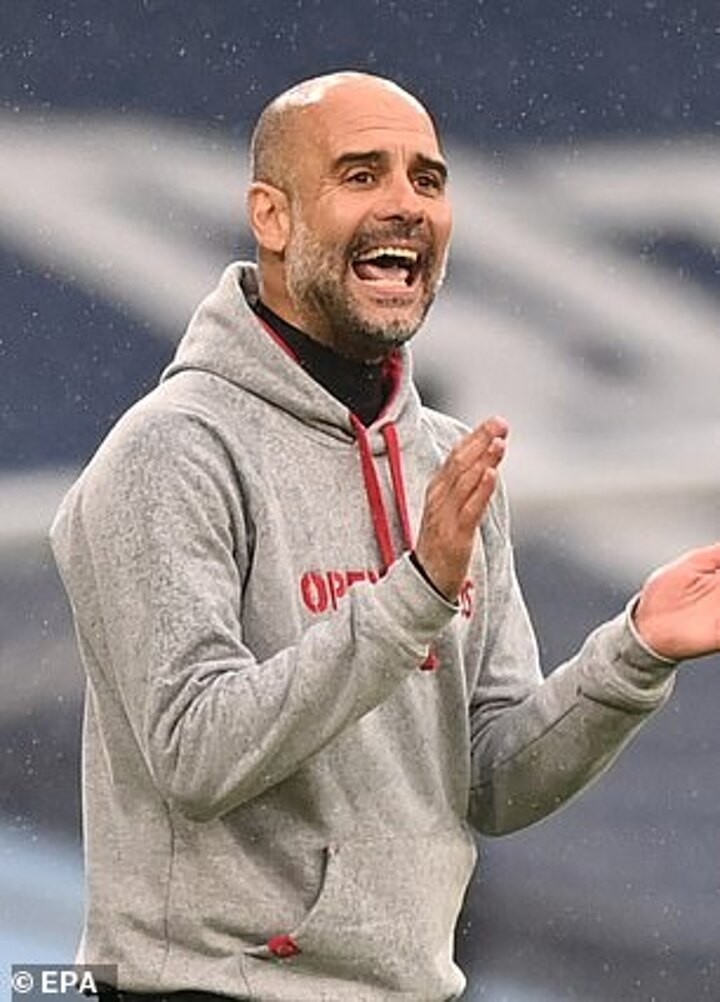 Gary Neville and Jamie Carragher insist that the reason for English clubs' recent success in Europe is due to the 'unbelievable managers' in the Premier League.

The final of this season's Champions League will be an all-English affair after Pep Guardiola's Manchester City and Thomas Tuchel's Chelsea advanced to the showpiece event earlier this month.

It is the second time in three seasons that two English teams have contested in the final of European football's premier competition, after Liverpool beat Spurs to triumph in Madrid in 2019.

English football enjoyed a golden period between 2005 and 2012 in the competition, with Liverpool, Manchester United and Chelsea all being crowned kings of Europe in that spell.

However, the past decade has seen the Champions League dominated by Spanish clubs, despite the vast money spent by Premier League clubs.

And Sky Sports duo Neville and Carragher believe that the arrivals of the likes of Guardiola, Tuchel  and Jurgen Klopp is the reason for the transformation in performances on the continent.

'We should be proud that at this moment in time English football, the Premier League, is starting to dominate in Europe again,' Neville said on Monday Night Football.

'I was going to Champions League games in that period of 2013-17 and I remember saying to Martin [Tyler] "what the hell is going on?” we were spending all this money and yet LaLiga and the Bundesliga were absolutely ripping us apart in Europe.

'We were the laughing stock in Europe as the Premier League. They were taking loads of money off us for players but then they were still winning and getting to the finals. But now if you look at the last few years we have got it back.

'The big difference is the managers. We have got absolutely unbelievable managers in this league. Pep Guardiola is a genius. Jurgen Klopp is absolutely outstanding. Tuchel in six months what he has done at Chelsea is out of this world. Pochettino, what he did at Tottenham was an unbelievable coaching performance.

'I would say that, for me it proves that if we can keep the best managers in the world in this country, we will succeed. It is important for everyone to understand how important the managers are in football.'

Carragher concurred with the former Manchester United defender, insisting that with the best managers at the helm, confidence will be high among the English clubs that they can win the top prize.

'I think the feeling with Pep, Klopp, Tuchel - we will see who ends up in Europe actually - all those clubs will have the belief that they can win in Europe because of the managers.

'I think this is only just the start for Manchester City, especially. They have got to the final, whether they win or not we will see, but they will have that feeling because they have got there now that that they can do that year in, year out.

'Someone in England should get to the final year in year out because of the money but also right now we have got the managers, and we had them in 2005-12, that every other top club in Europe would take those managers.'