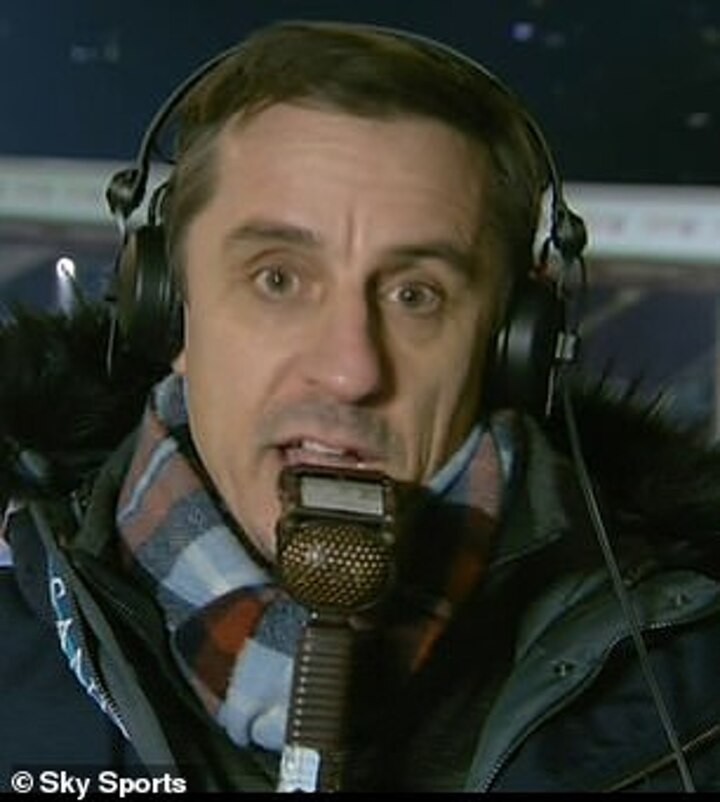 Gary Neville has admitted he is baffled by Manchester United's decision to pay £40million for midfielder Donny Van de Beek and rarely play him, suggesting he was bought because Paul Pogba was expected to leave.

Pogba has experienced something of a revival in the last few matches, with some pointing to his improved form coming after the remarkable intervention from his agent Mina Raiola in December, who claimed the Frenchman's United career was 'over'.

But Neville said Pogba's future at Old Trafford remains in the balance, and pointed to the arrival of Van de Beek as a sign of possible changes to come.

'It's interesting, something's happened – the (Donny) Van de Beek signing's an interesting one – I still can't get my head around it,' Neville said on Sky Sports on Sunday ahead of the Liverpool v Manchester United game.

'It's almost as if that signing was sort of done in anticipation of one of the others leaving because Van de Beek has just sat on the bench for the last few months and he cost £40million.

'I think that Manchester United are preparing for someone leaving. Maybe Pogba could leave, so they've already got Van de Beek in to maybe assume that role.'

Van De Beek has hardly been seen since his much-vaunted signing from Ajax in the summer.

He has started only two Premier League games and scored just once in the opening game of the season in September. The 23-year-old has featured at all in the league since United's 6-2 thrashing of Leeds on 20 December.

Neville conceded, however, that Pogba was in the team on merit given his current form.

Ole Gunnar Solskjaer has defended critics of Van de Beek and his lack of game time, and assured him he has a future in Manchester.

'There are so many examples of players needing a little bit of time, quality players, we have many examples ourselves and there are other clubs with examples and sometimes it takes time,' Solskjaer said about the Dutchman.

'You don't expect people who care for him to be quiet at times, especially when they want the best for them. I've spoken to him and made him aware of how much we rate him.'