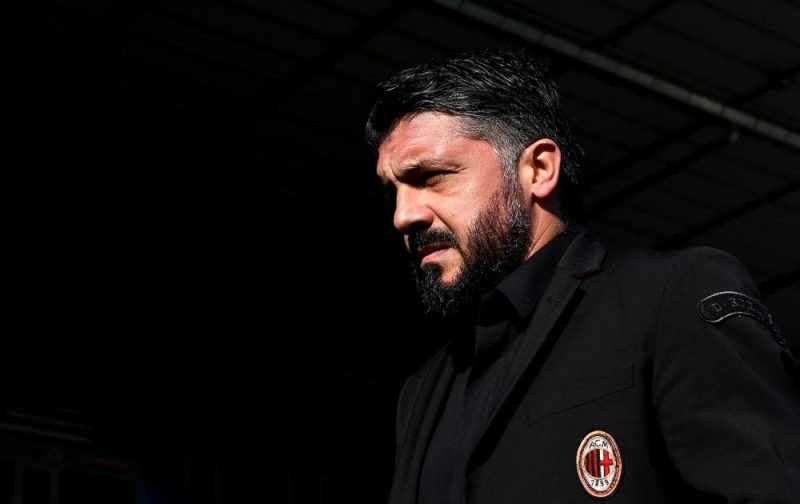 It’s certainly wasn’t easy for Gennaro Gattuso as AC Milan coach, but the Calabrian can bow out of the Stadio San Siro with his head held high.

Already a Milan legend when he was appointed, having made 468 appearances for the Rossoneri, and winning two Serie A titles and two Champions Leagues, Gattuso had to contend with two ownership changes – Silvio Berlusconi to Li Yonghong and Li Yonghong to Elliott Management – and which always made his long-term security at Milan uncertain.

Tasked with reviving a dead-and-buried Milan side when taking over from Vincenzo Montella in November 2017, his Rossoneri side lost just twice and won 10 games, between the winter break and end of the season. Though the poor start made under his predecessor meant a sixth place finish in Serie A was as good as it got, but Milan did reach the Coppa Italia final. That renewed sense of hope and steps in the right direction made qualification for the Champions League a priority and realistic aim for Gattuso.  However, the summer signings didn’t performed as expected with big name striker Gonzalo Higuain being shipped out in January, and Mattia Caldara essentially spending the whole campaign on the treatment table.

Those two were the tips of an underperforming, and injury prone side. Andrea Conti, Mateo Musacchio, Lucas Biglia and Giacomo Bonaventura all spent months on the sidelines. Added to the little niggling issues of other players Gattuso had an uphill battle fitness-wise.

We did see some development from some of his signings like Tiemoue Bakayoko, who was ridiculed at the beginning of the campaign before becoming a key cog in the Milan midfield.  Then came the infamous touchline spat between the pair.

In Milan’s 2-1 win over Bologna, Gattuso asked Bakayoko to warm up but the Frenchman took so long, Gattuso chose Jose Mauri instead and Bakayoko was resigned to the bench. This all culminated in a social media clip circulating that seemed to indicated Bakayoko telling his manager to “f**k off” – not a good look for the on-loan Chelsea midfielder. Even a situation like that Gattuso handled well, as afterwards he said: “I have 27 players, we wear a glorious shirt and I must be objective and honest in everything I do. I waited seven or eight minutes, he still had not put on his shin pads so I made that choice. The most important thing is Milan, not these incidents.”

And despite, the constant speculation of his position within the club, rumours of a clash with the new departed Leonardo, and a team which underperformed on many occasions Milan finished fifth, one point off fourth and Champions League qualification, which was their specific aim, and one which was key in their financial plans. Gattuso – the raging storm of a player – was surprisingly the calm, cool character that Milan needed at this turbulent time. Spoke clearly, and honestly, criticising players when they needed it, and protecting them as well. He understood what it meant to  be a Milan player, and what it meant to wear the red and black stripes. A characteristic he tried, but ultimately failed, to install in his team.

His passion for the club shone through even after his departure, refusing to be paid the remainder of his contract of around €11 million – insisting that it should go to the his backroom staff who also lost their jobs. “Mine is a painful but thoughtful choice,”Gattuso said. “Yes, I’m giving up a two-year contract because my story with Milan can never be a question of money.”

Missing out on Champions League qualification hurt Milan, and ultimately hurt Gattuso, but his heart has always been in the right place. Whilst he may have been a hot-head as a player, the more mellow Gattuso was Milan’s perfect captain in choppy waters.