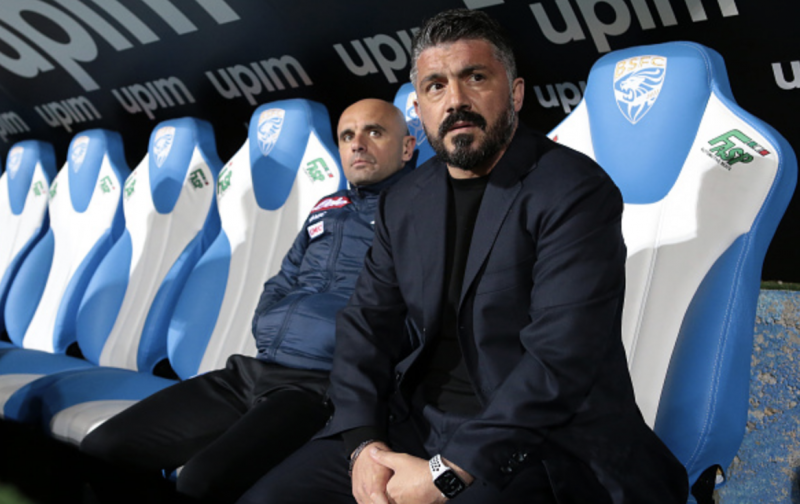 Napoli coach Gennaro Gattuso is keen to prolong his stay at the Stadio San Paolo, and will meet the club on Monday to finalise a contract extension.

The former AC Milan midfielder was hired in December following the dismissal of predecessor Carlo Ancelotti, but was initially only offered the role until the end of the season. However, after leading Napoli to the Coppa Italia and a strong finish to the Serie A campaign, Tuttomercatoweb report that the Partenopei are ready to extend Gattuso’s deal.

With an eagerness from both parties to continue with the current arrangement, Gattuso will meet Napoli officials on Monday to finalise a deal that would see him remain on the bench until June 2022.

Whilst negotiations have been ongoing, an agreement is thought to be close and it is merely a matter of ironing out minor financial aspects of the contract.

Former Pisa coach Gattuso led Napoli to 17 wins from his 30 matches at the helm in all competitions.