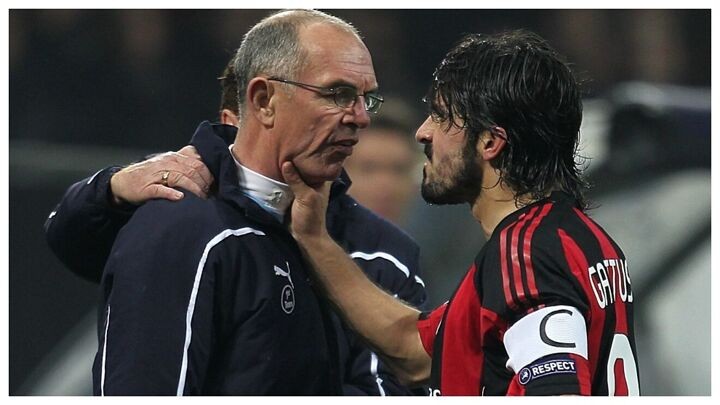 Tottenham Hotspur's stock has plummeted sharply since the club reached its first-ever Champions League final in 2019.

Just months later Mauricio Pochettino was sacked, with his replacement Jose Mourinho also dismissed amidst a dismal 2020/21 campaign, before Harry Kane asked to leave the club this summer.

However, the most bizarre aspect of the club's decline has been their attempts to land a new coach, which have proved unsuccessful ever since Mourinho was sacked on April 19.

Names such as Antonio Conte and Julian Nagelsmann have passed the club by, before Paulo Fonseca's arrival went up in smoke at the last minute.

The latest name to appear on Tottenham's managerial shortlist has been Gennaro Gattuso, following his departure from Fiorentina 23 days into his new job.

Whilst the official reason for his exit from Fiorentina was the lack of harmony within the "politics of signings", the link between his agent Jorge Mendes and Fabio Paratici, the new Tottenham sporting director, was quickly identified.

However, this move has similarly not materialised, after Tottenham fans had #NoToGattuso trending on Twitter.

"Gennaro Gattuso WON'T be the next Tottenham manager, confirmed as per David Ornstein," Fabrizio Romano tweeted on Friday.

"Spurs met with Gattuso's agent, positive feelings - then decided against appointing him."

Gattuso has been perceived as 'Public Enemy Number One' by Tottenham fans for a number of years, ever since his altercation with Joe Jordan, Harry Redknapp's former assistant coach, during a Champions League last-16 tie at the Stadio San Siro back in 2011.

He grabbed Jordan by the throat, leading to an enormous touchline brawl, after Peter Crouch had given Tottenham a memorable 1-0 victory.

What's more, Tottenham fans have voiced their opposition to a man who has consistently made reprehensible remarks throughout his career.

"I can't really see women in football," Gattuso said when Adriano Galliani joined forces with Barbara Berlusconi as CEO of AC Milan in 2013.

Back in 2008, during his time at Rangers, he also declared his opposition to homosexual marriage.

"A marriage in the Church should be between a man and a woman," Gattuso said.

"I am a believer and a fervent defender of the family and I find homosexual marriage very strange."