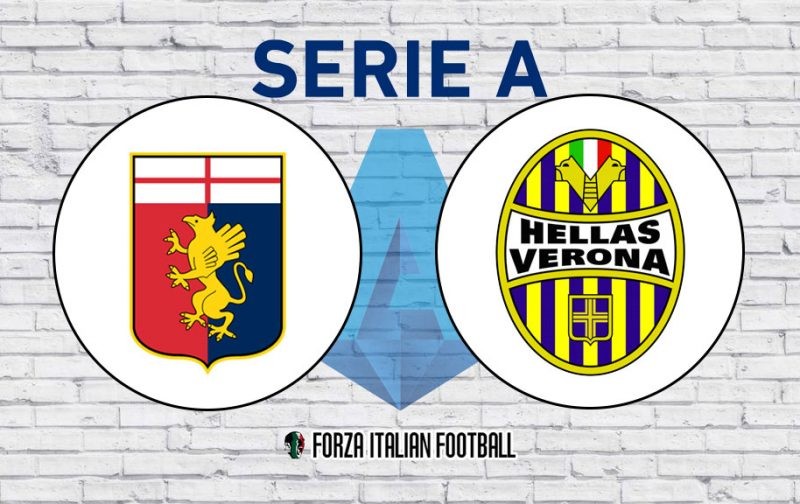 Genoa face Hellas Verona on Sunday night in Serie A action (kick-off 20:45) at the Marassi, aware that a victory will be enough to keep them in Serie A.

– Genoa lead with 10 wins against eight in 25 Serie A matches against Verona (D7).

– After remaining unbeaten in six consecutive Serie A matches against Verona (W4 D2), Genoa have lost the most recent against the Gialloblù.

– Genoa have won each of their last five league games against Verona at the Stadio Luigi Ferraris, the Grifone have a longer wins streak at home only against Venezia in Serie A (seven).

– After they had won three of their first eight away Serie A matches this season (D1 L4), Verona have never won in the most recent 10 games on the road (D7 L3).

– Genoa would stay up in the Serie A if they beat Verona, but also if they draw or lose and Lecce fail to beat Parma.

– Genoa have conceded 73 goals in this Serie A season – a worst-ever tally for the Grifoni in the top flight.

– Verona’s head coach Ivan Juric has managed Genoa for 51 games in Serie A (W9 D14 L28), collecting only 0.8 points per game. He has picked up 1.32 points per game this season with Verona.

– Verona midfielder Miguel Veloso scored three goals in his 115 league games for Genoa between 2016 and 2019.

– Fabio Borini’s first Serie A goal was against Genoa in October 2011 when he was at Roma and aged just 20 years, 211 days old.