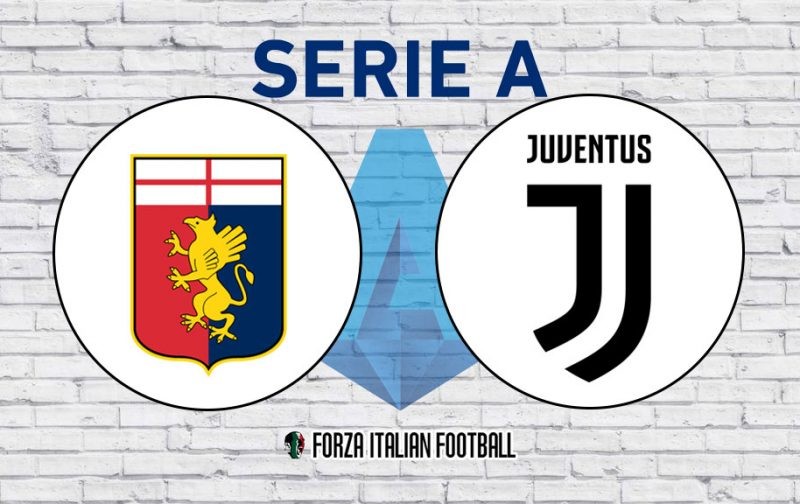 After opening up a four-point lead over Lazio atop the Serie A table, Juventus travel to Genoa as they bid to keep their Scudetto dreams on track.

– Genoa have lost 63 games and conceded 213 goals against Juventus in Serie A – more than they have against any other opponent.

– Genoa have beaten Juve two times since the 2016/17 season – only five sides have managed to do so against the Old Lady in the same timeframe.

– Genoa have hosted Juventus 52 times so far, losing on 22 occasions and beating the Old Lady 19 times.

– Since the 2013/14 season, Juve have lost three of their six away trips to face Genoa (W3) – their worst such away record in the league over the last six seasons.

– Genoa have conceded seven goals in their last two home games (vs Lazio and Parma) – one more than in their previous five at the Marassi combined.

– Genoa have gone unbeaten in three of their last four home games against the team at the top of the Serie A table (two wins against Juve and a win against Napoli).

– Juventus have kept a clean sheet in their last three league games and could go four in a row for the first time since December 2018 (six).

– Davide Nicola has lost each of his five games as a coach in Serie A against Juventus so far.

– Genoa striker Andrea Favilli made his Serie A debut in February 2016 when he was at Juve.

– Juve’s midfielder Rodrigo Bentancur played his first Serie A game in August 2017 against Genoa – the Uruguay international made an assist for Leonardo Bonucci’s goal.