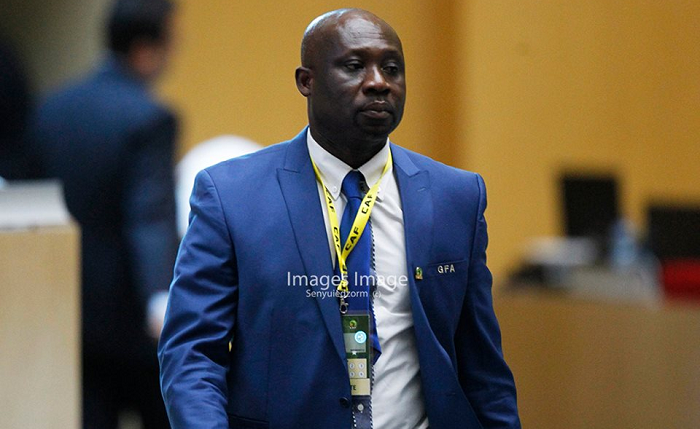 Former Vice President of the Ghana Football Association, George Afriyie has vehemently denied reports that he was appointed by President Kurt Okraku to serve on the Advisory Board of Division One.

The Planners Athletic owner disclosed he was nominated by members of Division One to represent them on the Advisory Board.

Below is a letter from George Afriyie:

I trust we are all staying safe and continue to adhere to the safety protocols as we collectively seek to win over the COVID-19 pandemic.

I have received several calls and messages in the last couple of hours and have read various media publications on the purported appointment of me by GFA President Kurt Okraku to serve on the yet to be inaugurated Division One League Advisory Board.( Advisory Board)

Majority of the reportage and social media circulations only seek to misrepresent the facts.

I have therefore decided to set the records straight by presenting you with the facts and to state my position on the matter.

Under the communiqué issued the GFA is required to nominate two persons whilst the clubs in each zone nominate one person. My understanding is that the GFA has nominated Mr Tony Aubyn and Mr Mark Addo as its representatives on the Advisory Board.

I decided to accept this nomination because it is an honour and a privilege to be nominated by your peers to represent their interest in matters that affect their very existence.

I also feel compelled as a club owner to get involved in deciding on matters that affect all of us for I believe that the future of our football ultimately lies in the choices and decisions we make today.

Let us continue to stay safe, obey the safety protocols and remain vigilant in the fight against COVID-19.

Thank you for your indulgence.