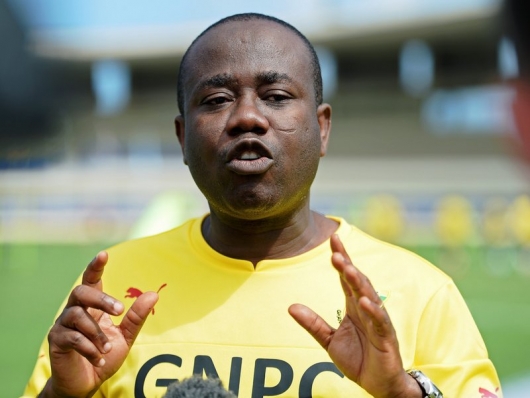 Kwesi Nyantakyi is still the man

George Afriyie is a sanctified mustard to break new grounds with the Black Stars and folks busily sawing him down and casting doubts over his competencies, haven't had an appreciation of his dedication to the game and sound modern management skills.

In the wake of Kwesi Nyantakyi's decision to offload duties as Chairman of the Black Stars Management Committee, names went round for suitable replacements. Graphic Sports's front page headline had affirmed the speculation but failed in an attempt to disclose who would replace him. Fred Pappoe, Randy Abbey and Kudjo Fianoo were mentioned in different media circles.

The truth was, Nyantakyi had found the right man to occupy the new lacuna created.

To completely fill a void created by a huge personality is indeed a Herculean task. Nyantakyi's era as the Ghana FA President has seen great innovations and the achievement of milestones. The Black Stars have grown through different levels with world class brand success. Impeccable travel arrangements, kits, sponsorships, bonuses and increased motivation have increased the attractiveness around the team.

Thus it is not until the AFCON crown is won again, the can we begin to appreciate the efforts of Nyantakyi with respect to the Black Stars. The team has finished among the last four in all last four appearances at the competition and came close to winning in Angola 2010.

Nyantakyi took Fred Pappoe's work as Black Stars management committee chairman to the next level despite numerous challenges with player relations breaking down and bad conducts in camp.

George Afriyie's appointment coincided with the arrival of Avram Grant; who has been charged with restoring the Black Stars' to the form which endeared them to the world. The Israeli gaffer is vastly experienced with handling world class players following his spells at Chelsea, West Ham United and Portsmouth.

His efforts must be effectively complemented by the new man at the helm of the Black Stars Management Committee. Afriyie has built his experience from several clubs in the Ghanaian top-flight before taking up national team duties. His work with Ghana's U20 side - the Black Satellites was enough advertisement of his competences, leading Ghana to win bronze at the 2013 FIFA U20 World Cup in Turkey.

Spending years on the Ghana Football Association's Executive Committee is indeed valuable and his understanding of football administration within the FA circls gave him the GFA Chief of Staff tag. His involvement in convincing current Ghana Black Stars captain Asamoah Gyan and his brother Baffour Gyan during 2008 AFCON revolt is an elaboration of placid leadership style. 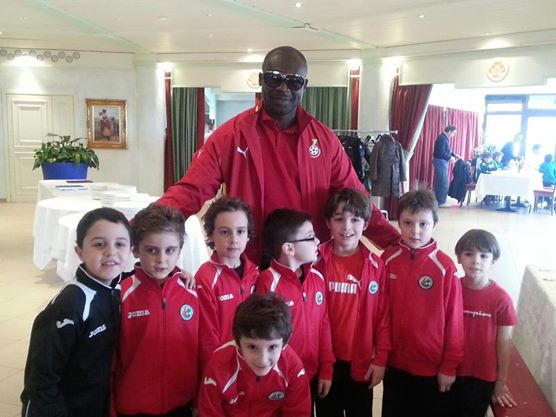 His unflinching relationship building and damage control skills could restore confidence and sanity to the Black Stars, while his Sulley Muntari animal comparisons can be wisely managed should Grant decide to recall the AC Milan stalwart back to the national fold. Muntari has been one of Ghana's greatest players abroad this season and must be in the upcoming 2015 AFCON squad.

Top critics including Takyi Arhin are seasonal skeptics and have publicly taken a stand against the course of the Ghana Football Association. His open criticism of George Afriyie is nothing but empty envy and his allegations are as baseless as those that landed him ban from the FA's ethics wings.

2015 AFCON will be with us in a matter of weeks and the first avenue for assessment of Afriyie's organisation and leadership qualities would be clear.

The 2014 World Cup fall-outs between some players and management officials should teach us vital lessons. It has provided us with another window, to take a second look at our player management and relationship and sketch new contours of inculturation and integration with other modern practices. The professional examples in England, France and Spain can be easily followed.

Afriyie and Grant could grant us the permission to feel confident about our proud Black Stars soon.