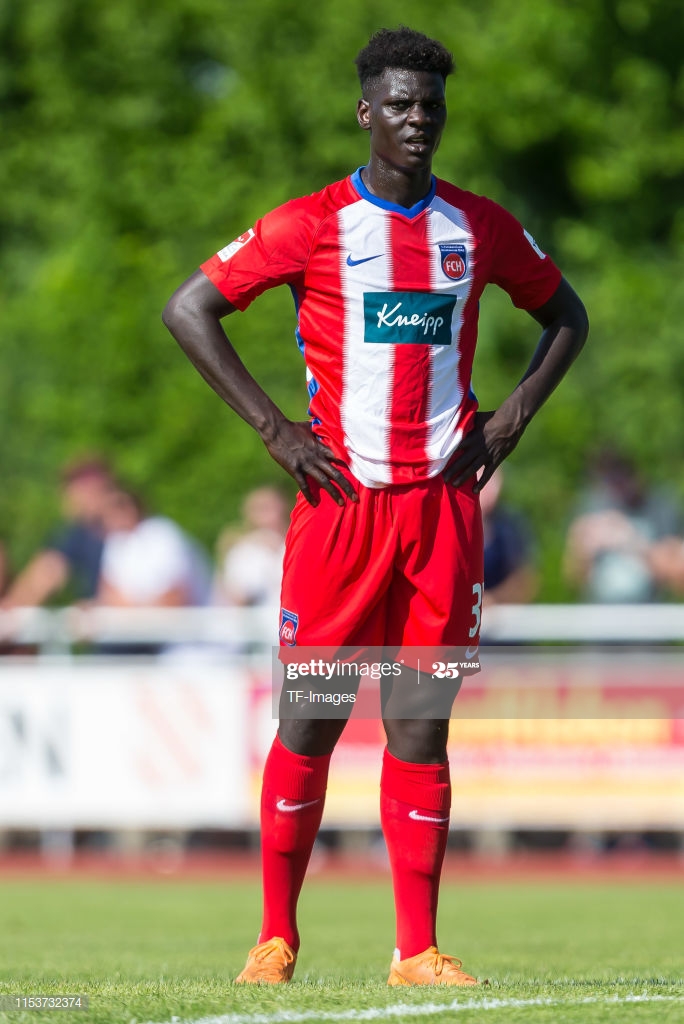 EHINGEN, GERMANY - JUNE 30: Andrew Owusu of FC Heidenheim looks on during the friendly match between TSG Ehingen and FC Heidenheim on June 30, 2019 in Ehingen, Germany. (Photo by TF-Images/Getty Images)

German Bundesliga 2 outfit FC Heidenheim have promoted Ghanaian youngster Andrew Owusu into their first after his superb performance for the club's youth side.

The 19-year-old was handed a place in the side's match-day squad for the midweek clash against St. Pauli after plundering 2 goals in 2 outings for the Heidenheim U19 in the Junioren Bundesliga South league this season.

FC Heidenheim coach Frank Schmidt evidently sees something different in Owusu and is expected to count on the young frontman at some point in the campaign.

Owusu has a wonderful knack for sniffing a goal though there isn’t anything ostensibly spectacular to the way he plays, but there is a hidden, idiosyncratic charm to how goes about his game – and coach Schmidt understandably wants to probe it further.