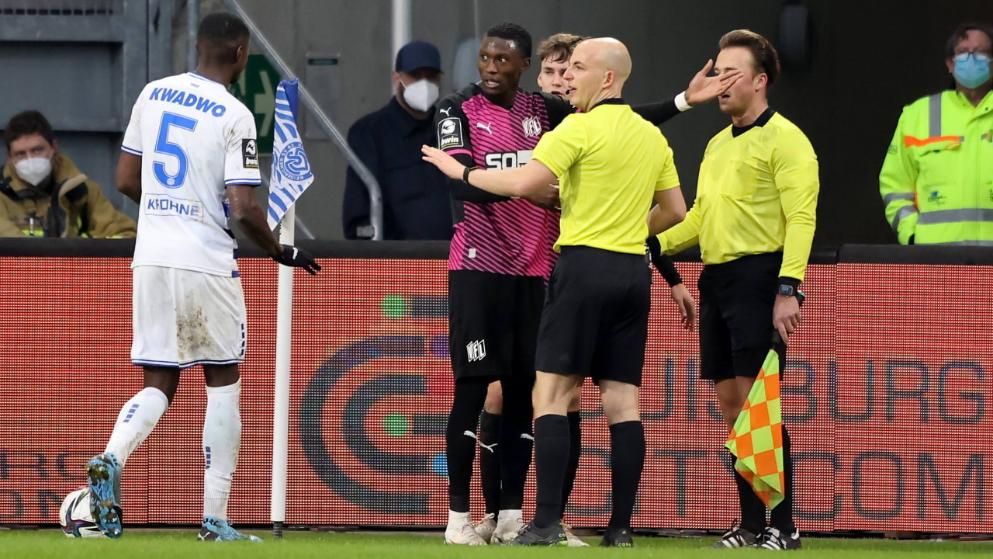 Investigation into the alleged racist abuse aimed at Ghanaian forward Aaron Opoku during a third-division game has been discontinued by prosecutor.

The game between Duisburg and Osnabruck was halted Sunday, December 19, 2021, after monkey chants were aimed at Osnabruck forward Aaron Opoku, the referee said.

A spectator is alleged to have yelled: "You can't take a corner anyway, you monkey!" at Opoku.

Although the culprit was identified and thrown out of the ground, Osnabruck insisted on the game being halted, which the referee did.

However, after a month of investigation, the public prosecutor's office in Duisburg has come to a different conclusion.

Prosecutor Martin Mende: “We take the allegations very seriously. Of course, those involved are emotionally affected. That's why we heard a double-digit number of witnesses and evaluated all optical and acoustic recordings of the game. However, the allegations have not been confirmed.”

According to the prosecutor, the accused meant the player Florian Kleinhansl, who wanted to take the corner – and not Opoku. Since Kleinhansl refrained from reporting insults, the proceedings were discontinued.

Monkey sounds can neither be found on the secured soundtracks nor confirmed by witness statements - not even by Opoku.

Opoku is on loan at Osnabruck from Bundesliga II side Hamburger SV.