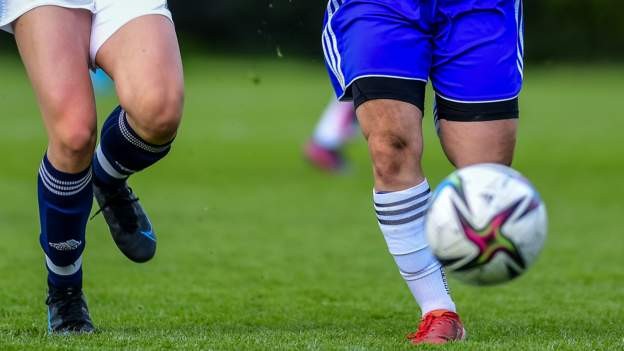 Transgender and non-binary footballers in Germany will be allowed to choose if they play in men's or women's teams.

The German football association (DFB) has announced the ruling for amateur and junior football, as well as futsal.

Previously, it was the gender specified in a person's identification documents that determined their eligibility to play for a men's or a women's team.

But since 2018, Germans have had options of 'diverse' and 'no reference' in the gender section of ID documents.

"As it is possible since 2018 for people to register in the civil registry as 'diverse', there has been a rise in the number of people with that status," the DFB said.

"This also affects people who play football which made the need for clear rules more important."

The ruling does not cover professional football in Germany, for example the Bundesliga.

England's FA states that under-18s may play in a mixed team, or a girls' or boys' team, regardless of their birth sex, but transgender players who are 18 and over have to apply for approval to play in their affirmed gender.

Critics of transgender athletes' participation in women's sports say they retain a disproportionate advantage to their peers. However, transgender athletes and their supporters argue for inclusion and say measures, such as reducing testosterone, help to level the playing field.

On Tuesday, FA chairwoman Debbie Hewitt said the debate over the inclusion of transgender athletes in women's sport is "a really tricky subject".

The DFB's ruling comes in the same week that swimming's world governing body Fina voted to stop transgender athletes from competing in women's elite races if they have gone through any part of the process of male puberty.

Last week, the UCI - cycling's world governing body - toughened its rules, doubling the period of time before a rider transitioning from male to female can compete in women's races.