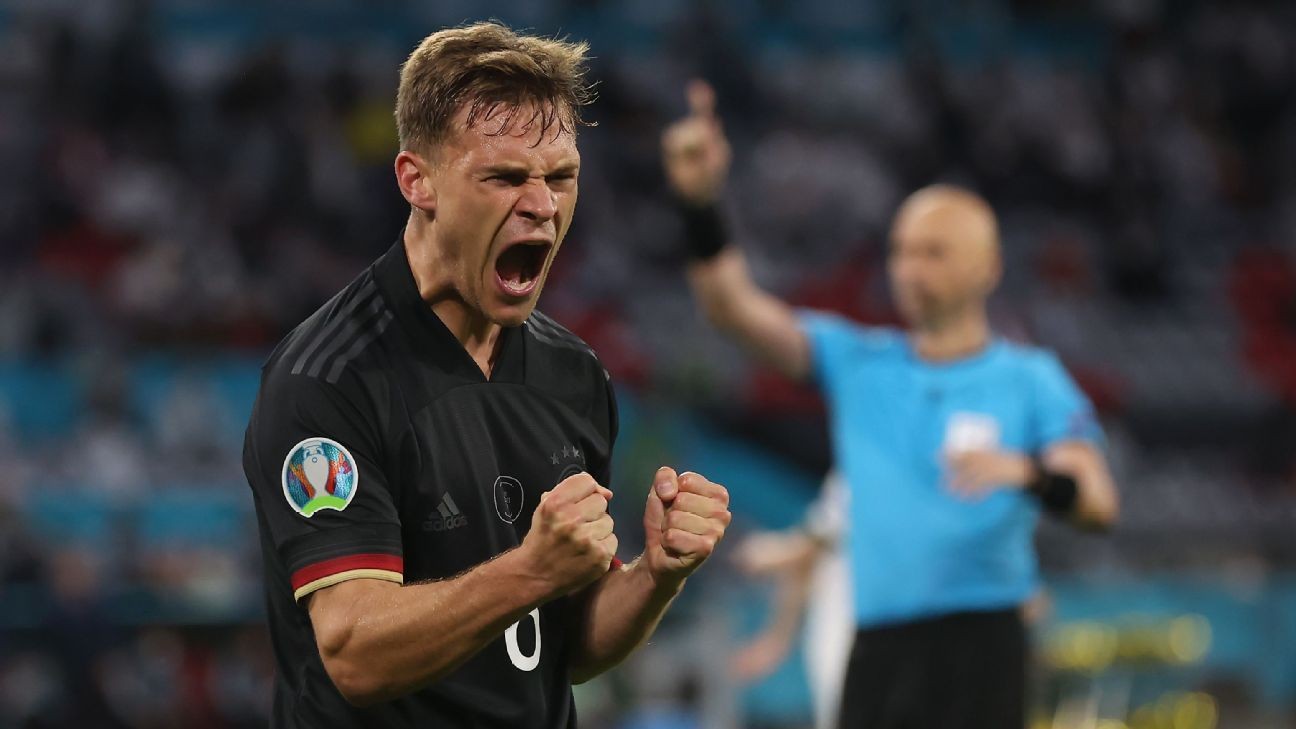 Germany have edged their way into the Euro 2020 knockout stages after managing a late 2-2 draw to Hungary at the Allianz Arena on Wednesday, setting up a last 16 tie against England.

The 2016 World Cup champions finished second in Group F after a dramatic evening of action that saw France draw 2-2 to Portugal.

France, who finished top of Group F with five points, face Switzerland in the next round, while Portugal face Belgium after finishing third.

Hungary looked to cause an upset when they opened the scoring on 10 minutes with an impressive diving header from the captain Adam Szalai, who had connected with Roland Sallai's superb whipped cross behind the German back line.

Germany's Kai Havertz looked to have bought his side a lifeline on 66 minutes when he scored his second goal of the tournament. The Chelsea midfielder headed the ball home into an empty net after a goalkeeping error from Hungary's Peter Gulacsi.

But Hungary struck back moments later as midfielder Andras Schafer nodded the ball past as an on-rushing Manuel Neuer.

Germany midfielder Leon Goretzka levelled the match once more on 85 minutes to secure his side's place to the round of 16.

The build-up to the match was dominated by UEFA's decision to reject a request from Munich city council to light the Allianz Arena in rainbow colours.

Rainbow flags outnumbered German flags when fans arrived to the match. Supporters were met at the exit of a local subway station by a host of volunteers from groups including Amnesty International, CSD Germany and S'AG Munich distributing rainbow flags.

Germany captain Neuer also showed support for the LGBT community by wearing a rainbow armband, as he did in his side's previous match against France.

UEFA said the rainbow symbol was not the reason rejecting the request to light up the stadium but Hungary's presence at the game.

Information from the Associated Press contributed to this report.