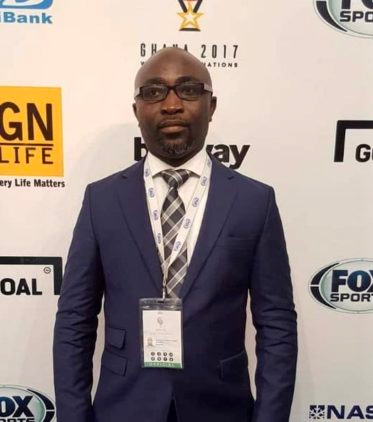 Ghana FA president says Prosper Harrison Addo is the right man for the General Secretary of the association insisting the lawyer has the necessary credentials to take the game to the next level.

The Executive Council of the Ghana Football Association (GFA) appointed legal practitioner as General Secretary of the association last week following an interview in which he emerged top.

Kurt Okraku also gave a strong backing of Harrison Addo saying he has the credibility and discipline to lead the administration of the game with the experience he has acquired over the years.

"Prosper has the knowledge and experience to lead the GFA as the General Secretary which is the CEO of the organisation. He is a lawyer by profession and has worked in various positions already in football," Okraku told Joy FM.

"He is a lawyer of many good years of standing, he has the credibility and strong discipline to lead the GFA."

He takes over from Isaac Addo and prior to taking up the GFA CEO appointment, Prosper was Senior Manager, Compliance at Scancom  Limited (MTN Ghana), where he also previously held the position of Manager, Commercial Legal.

Mr. Addo is a lawyer with over 18 years experience and a member of the Ghana Bar Association.

He holds a Law and Economics degree from the University of Ghana, Legon.

Mr. Addo was a pioneer Student Volunteer at Radio Universe when it started operations in the late 90s.

He is a member of the Sports Writers Association of Ghana (SWAG) and also an associate member of the Institute of Public Relations (IPR), Ghana.