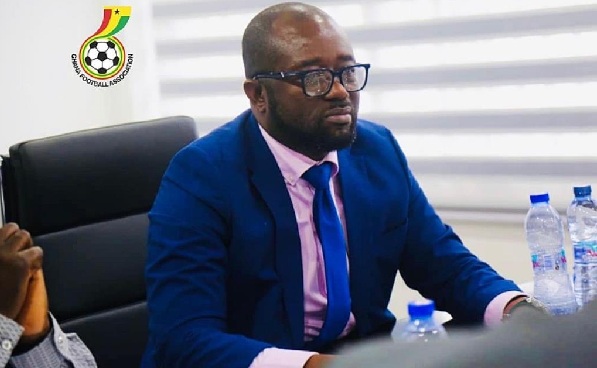 The spread of corona virus has affected the business of sports in all countries due to rapid spread of Covid 19 in different parts of the world. Many football clubs and their players are facing a financial difficulty as all tournaments and sports activities have been stopped. The sports betting industry associated with sports betting is also facing a huge financial backlash as betting industry has come to a standstill due to cancellation of all major tournaments. Taking advantage of the situation, many online casinos have taken money from the players and have eloped from the market. So, if you are still interested in doing some betting or play casino games, you must choose a proper casino having proper casino rating.

The same picture is being witnessed in Ghana football as all football clubs and their staff and players are suffering from the same financial crisis. So a demand was being raised from the clubs to offer financial assistance to keep their sporting activities afloat and support their players in this hour of financial crisis. With the passing of every month, the Covid 19 spread to more homes and the economy was coming to a standstill. Hence it was becoming impossible for the players to survive, especially when they have given everything to football and have made it their full time profession.

As almost each and every business started suffering from recession, the Ghana government decided to offer financial package to them so that they can remain afloat in this hour of crisis.

Understanding the need of the sporting clubs, Ghana Football Association, along with Youth and Sports Affairs Ministry and Ghana League Clubs Association gave a joint proposal to the Government asking for funds for the survival of the football community at large. But unfortunately, the request was ignored by the Government as their released their first list of beneficiaries, offering help to other businesses. The move, for obvious reasons, invited the wrath of the football community at large as they were expecting a lot on it.

The President of Ghana Football Association, Kurt Okraku, however said not to lose hope on the matter as various clubs through their association are holding a series of positive meetings with the government officials, along with senior members of the Sports and Youth Ministry. After the letter for support was submitted to the Ministry on April 7, 2020, a series of meetings has already being held with the Ministry officials. Based on those discussions, he is of the view not to lose hope as funds for support can come anytime from the Ghana government.

In the proposal letter, support was asked for the members which include the clubs, Regional Football Associations and also Ghalca. The request for funds was mainly made to pay the salaries of the players and also the club employees during the spread of the Covid 19 period. Several arguments were placed before the Government explaining the economic losses which the clubs were suffering from, including the payment of rent. Request was also made for the suspension of the PAYE tax. It means Pay as you earn tax and then Corporate Income tax (CIT) and also SSNIT which include Social Security and National Insurance Trust.

They have also asked for loans for the clubs which should be interest free. Isaac Asiamah, the Sector Minister has confirmed the process of ongoing discussion and they are trying to get support from the Government, which should be Ministry specific. Speaking at Meet the Press, he also confirmed that a lot of discussion, thinking, arguments, engagements and planning are going on between the Youth and Sports Ministry and the Ghana Football Association. GFA President also confirmed that they will continue with the discussions with the Government with the hope that they will definitely come out with some financial aid from them for the benefit of the football industry at large. If the GFA can come out with some aid from the Government, it will be a revolutionary step for the development of the Ghana Football Industry.

As the corona virus started spreading from the month of March, all the domestic football tournaments in Ghana have been put on hold. A national level ban on all public gatherings was announced which included all religious and sporting events. The Government made this ban on a national level as precautionary measure to stop the spread of the deadly corona virus. The ban was made from March 31 onwards and is expected to continue till the end of the month of July.

In the meantime, Ghana Football Association has cancelled their 2019-20 session due to the spread of the Covid 19 virus. All football tournaments have been cancelled till July 31st since it is considered to be a contact sport. Some of the national leagues have come back in England, Spain and Italy and after that some speculations came up if they can start their national leagues, why not in Ghana? But local authorities are of the view that it cannot be allowed in Ghana as the number of infections have gone up many times in the past few months.

GFA officials said that they are also having negotiations with the Government of Ghana on how playing of football can be resumed under strict safety guidelines. Some of the club authorities are saying that football must resume and if permission is given, they are also ready to play in closed doors or vacant stadiums. In fact, England has started playing some matches in their leagues in vacant stadiums where no spectator is present. Though there will be no ticket sales, but clubs and tournament authorities can earn money by selling TV rights. Spectators or fans can watch the matches sitting at the comfort of their home. Players have to provide a Covid 19 negative certificate and should pass through a thermal screening test before entering the playing ground. Everybody wants the game of football to resume because of financial and also psychological reasons so that the players can keep the practice and hold on their skill.