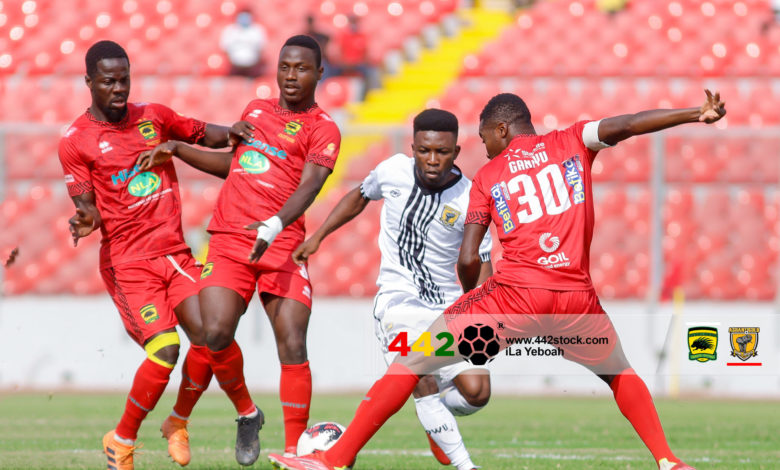 The Ghana Football Association has postponed the Premier League match between Asante Kotoko and AshantiGold due to security concerns.

The announcement came on Wednesday night, less than 24 hours to kickoff and both teams in camp, ready to face off in Obuasi.

This comes after AshantiGold were demoted to Division Two last season for their involvement in a match manipulation.

The former league champions were found guilty and have been demoted to the third tier with effect from next season, as has their accomplice Inter Allies, and fined 100,000 Ghana cedis.

Dr Kwaku Frimpong, President of Ashgold, and Emmanuel Frimpong, Chief Executive Officer of the club, have both been banned from football.

Some problems have also been banned.

Although the decision has been lauded, some have questioned why the club is still permitted to compete in the league this season.

They have legitimate concerns about Ashgold not being competitive because they know it will be meaningless due to their demotion.