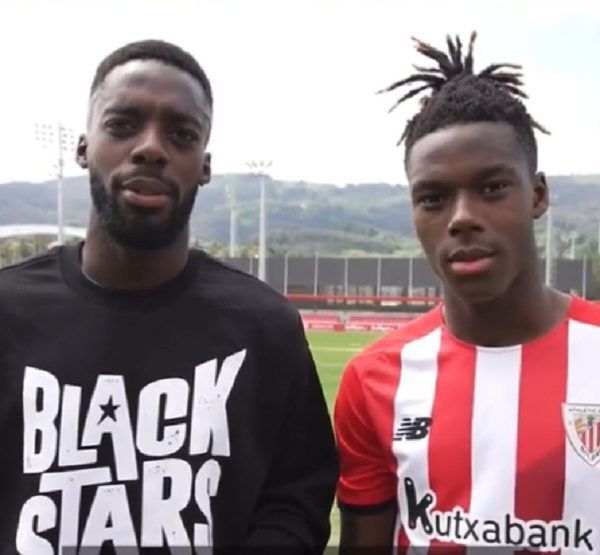 Inaki and Nico Williams have applied to play for Ghana

The Ghana Football Association (GFA) has rubbished reports in the Spanish newspapers that the Williams brothers - Inaki and Nico - have refused to play for Ghana revealing that the move to complete their nationality switch to play for the Black Stars 'is very much on course'.

The football governing body of the West African country is confident that it would be able to secure of switch with FIFA in the coming months to ensure that they are available to play for the country of their parents.

Spanish newspaper Mundo Deportivo reported on Thursday that the brothers rejected the invitation to play for Ghana, despite the invitation made by the football federation of the West African country.

The two Athletic Bilbao players were born in the Spanish country but their parents are Ghanaian which makes them eligible to play for the Black Stars and with the World Cup looming the possiblity and expectation was very high among Ghanaians.

The possibility of representing the 'Black Stars' generated some expectation in Ghana but, for now, the Williams brothers will be focused only on Athletic, according to the report in 'Mundo Deportivo'.

But a high ranking official of the GFA has told Ghana's leading football news outfit Ghanasoccernet.com exclusively that the reports in Spain are wrong and that they have already started the process to complete their nationality switch.

"Please ignore the reports from the Spainish newspaper. We have made serious progress and we are very much on course to get the switch approved by FIFA to make Inaki and Nico available for Ghana," the highly placed source told Ghanasoccernet.com on condition of anonymity.

"As you know as part of the process the players themselves must write a letter to FIFA expressing their desire to switch with other documents before it can be approved. We have put in documents so lets wait and see what FIFA says."

The possibility of participating in a football World Cup seems attractive enough to make them commit to Ghana as well as their recent visits to the country to connect with their roots.

The two recently visited Ghana to get to know their roots and also to meet with the Ghana Football Association (GFA).

Inaki, the eldest of the brothers, did not hide his pride in his roots, as he showed in a post on social media. "My ancestors, my blood," wrote the forward.

For several months now, the possibility of the Williams brothers playing for Ghana has been a topic in the African country.

Inaki even admitted that this possibility could be interpreted as an act of disrespect towards players who were born in the country in an interview in the Guardian newspaper.

Remember that Inaki has already been called up by Spain, in a friendly game which make him still eligible to play for Ghana.

Nico plays for the Spain U21 national team which means both of them needs to apply for a switch to enable them play for Ghana.