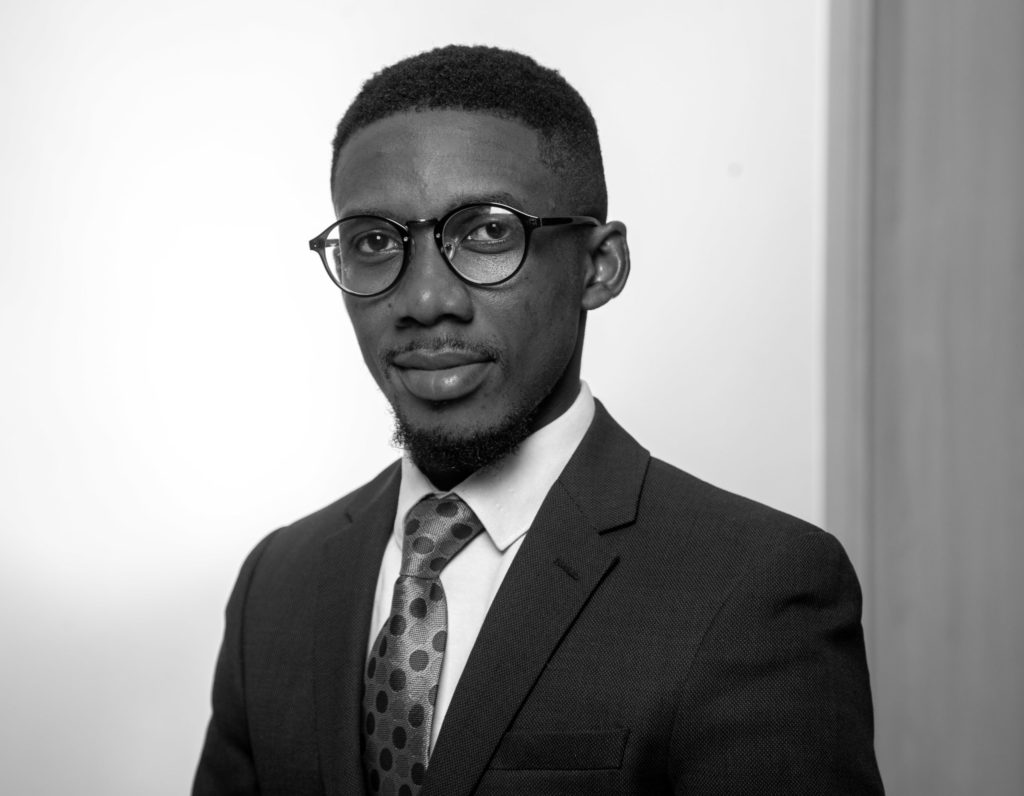 It seemed a mirage until we lived the moments of the 2020/21 Ghana Premier League. For the first time in four (4) years, the West African football nation organized a competitive football season and saw it through to the end. Though largely successful, I would deny myself the task of being the sole judge on this matter (of success) and rather state my opinion without twists.

In the Ghanaian sense, and as reasonable as it may sound, a season can only be termed successful only when a new football campaign has kicked off without disruption to the football calendar due to legal disputes. To a larger extent, many followers of the Ghana League have little or no room for legal tussles, and in their books, a season with a lot of disciplinary issues to its credit would not make good memories. Talk about disputes on Ghana’s domestic football scene has become prominent than before and this is due to one major reason; A match-fixing case is currently being investigated by the Ghana Football Association against two premier league clubs, AshGold Sporting Club and Inter Allies Football Club. On Saturday, July 17, 2021, the match between the two sides was played on the final week of the league – day 34 – and drew global attention after a player of Inter Allies scored an own goal at the Obuasi Len Clay Stadium, AshGold’s home venue. In his defense, he attempted to alter the predicted score which had been rumored ahead of the game.

GHANA FA REACTS TO SAVE REPUTATION AND PUBLIC TRUST.

• Issues a statement commencing sporting investigations – July 17 • Invites and collaborates with Ghana Police for Criminal Investigations - July 23 • Invites several players and club officials to assist with investigations • Freezes the transfer of all players and officials involved on match day. • GFA Prosecutor officially charges the clubs, 36 players, 12 officials (including AshGold President & CEO) and allows for defense statements. Aug 18 - Sep 9, 2021 Three months down the line, the 2021/22 Ghana Premier League season is set to commence on October 30, 2021. Eighteen (18) Premier League clubs again go at each other for the silverware, continental representation, GHC 250000, and bragging rights. Without a doubt, and in one voice, there’s a general call for the Football Association to “take action” to avoid putting the season’s calendar into disarray. Of course, it would be very satisfying to the ear to learn the Disciplinary Committee of the FA has done so in real-time.

In simple language, the average Ghanaian has become interested in the Ghanaian football season ever than before, and as expected, decided to bring back the love for Ghana football and nothing must stall this progress. More importantly, corporate Ghana is keenly monitoring as it could swing the pendulum on potential sponsorships for the Association.

On the contrary, I beg to say that there are a few reasons why this pressure to act would be on hold despite the FA’s seeming energy to crackdown match-fixing and protect the sanity of the sport. The system yearns for scapegoats, however, if lawbreakers must be fished out and punished, it must be done within the remits of the law.

• The audi alteram partem rule must be respected – All parties involved must be duly given the right to a fair hearing before any decisions are released. It would be unfair, in the interest of integrity and protecting the reputation of the FA to prematurely decide on the matter. Let me make use of Dr. Bently’s use of biblical grounds in the case of R V University of Cambridge (1723)….. “Even God himself did not pass sentence upon Adam before he was called upon to make his defense.” Innocent until proven guilty and the accused deserves to be heard and given a fair hearing. It is not just about banning officials or demoting a club, there are players involved. I fully stand for cleansing our game, if indeed it has such dark spots. Regardless we must tread cautiously when determining the future of individuals and their source of living. Our beloved Association must get the ruling right. Do not play to the gallery.

• A contravention of natural justice only leads to making the water murkier. Perhaps we can borrow the legal principles from Hearts of Oak v. Ghana Football Association (1982) where an application for an order of interim injunction to restrain the GFA was secured. Indeed, the courts restrained themselves from delving into the matters of the FA and not stultify its rights to maintain discipline in football.

However, it did grant “an injunction for a limited period to enable the GFA institute a proper judicial inquiry into the occurrences... and take whatever action they deemed fit”. Years ago, Accra Great Olympics – a Ghana premier league club- earned notoriety for legal proceedings against the Football Association or fellow league clubs. In recent times, Tema Youth seems to be leading the log for litigation and makes legal sense once they deem it necessary within the regulations. Essentially, – on behalf of the Ghanaian football stakeholder – the football ecosystem is tired and weary of injunctions and threats that have the potency to cause chaos.

Legal counsel for any affected member who feels foul of the law would certainly exercise all legal options available to me until an end. The judicial bodies of the Football Association must be ready and aware of this. Any offender would not go down easily and aptly demands why such a case - which looks certain to become a stare decisis for Ghanaian football jurisprudence- must be well done.

There's little reason to doubt the experts at the helm of affairs. I admire their intelligence and understanding of the law, however, this is a delicate one and there must be little or no room for errors. Playing the devil’s advocate, they may be under pressure to “perform and lash out”.

Perhaps it is the failure of the media to educate our football-loving fans that starting the league with an unsettled dispute is not a new phenomenon, even globally. While it is not new, we can only proceed with temporary decisions if there’s satisfactory evidence, otherwise, it casts no slur on our league if we have to travel full length to unravel this misery. I beg to ask, are the media handicapped in knowledge?

MATCH-FIXING CASES: Reasonable time is essential for sound legal decisions All over the world match-fixing cases have been concluded on sound legal judgments and laws. Briefly enumerated below are three legal precedent different jurisdictions. In these, the following similarities are established; 1. Accused exercise their right to appeal. 2. Cases never reached a full conclusion until after 2 years. 3. Appeal beyond the football circle to Court of Arbitration for Sports. 4. Attempt to exhaust all possible legal remedies, including Swiss Federal Tribunal. 5. Preliminary Investigations were only released after 3 months leading to preliminary sanctions on individuals. (Clubs later suffered full sanctions where applicable). 6. Criminal Investigations are the prerogative of the state but the national federations always exercise their right to hand out Sporting sanctions.

A. The Turkey Betting Scandal - Fernabache Sporting Club • Fenerbahçe Spor Kulübü is a professional football club based in Istanbul, Turkey. It is a member of the Turkish Football Federation (TFF). • Between February 21 to May 15, 2011, various football games took place in the Turkish “Süper Lig,” during which various people around Fenerbahçe were paid bribes to lose the game. They later won the league on May 15 and qualified for UEFA Champions League. • July 3, 2011: Turkish police arrested 61 people in a broad criminal investigation concerning match-fixing in Turkish football. • In its decisions of September 9 and November 3, 2011, pursuant to an appeal by Fenerbahçe against the decision of the TFF arbitration commission of August 25, 2011, the CAS rejected the applications for provisional remedies. • On April 26, 2012, the TFF Ethics Committee released the report of an investigation into the charges that various football games had been manipulated, among others, those in which Fenerbahçe participated. • On July 2, 2012, the High Criminal Court in Istanbul held that a criminal organization had been created under the leadership of the president of Fenerbahçe and that officials of Fenerbahçe had participated in manipulating 13 games of the 2010/2011 season. • 48 persons found guilty; president of Fenerbahçe 2.5 years imprisonment for building a criminal organization, 3 years and nine months, and a fine for match-fixing • the vice president of Fenerbahçe and two other management board members faced a minimum of 26 months imprisonment for participating in a criminal organization and match-fixing activities. • In a decision of June 22, 2013, the Control and Disciplinary Body of UEFA excluded Fenerbahçe from the next 3 UEFA competitions • Case exhausted all legal remedies on October 16, 2014, at the First Civil Law Court of the Swiss Federal Tribunal.

B. The Boniface case of the Zambia Football Association • Incidents of match-fixing took place between 2010 and 2012. • Officially documented for match-fixing in 2017. • Zambian National u23 team was used for matches of convenience. • The verdict was released in 2019 and finally brought to an end after an appeal at CAS in July 2020.

C. The Football Federation of Ukraine via the Control and Disciplinary Committee • 2010: Released a verdict on players and officials of Metalist FC, a Ukrainian club. • Match-fixing, own goal, both players and officials involved in match played in 2008. • A ban was released after 2 years of investigation in 2010. • Ban was appealed at the Football Federation of Ukraine (FFU)Appeal level. • Further appealed at CAS and decision upheld. • Appellant still not satisfied went on to fight at SWISS Federal Tribunal against the grounds on which evidence was acquired. The case was finally put to bed in 2014. The message is quite clear. The GFA must not sacrifice legal reasoning for social pressure. Facing the Fixers demands tactfulness and sufficient intelligence. A ruling which stands the test of time is what this current atmosphere needs. And of course, if it bothers on demotion or promotion of any of the parties involved, good legal decisions often leave no room for ambiguity and always maintain sanity and order. A DARK HISTORY

After six months of sporting investigations, the GFA on September 24, 2007, handed transfer bans to 22 players who directly took part in a match-fixing scandal. Okwahu United, Nania FC, Great Mariners, and Mighty Jets were fined a total of GHC 20,000 and suffered a one-year ban from all leagues, events, and activities of the GFA. In June 2018, a football documentary dubbed Number 12 sought to highlight the level of corruption in football and among football administrators in Ghana. It gained international eyebrows and reduced Ghana’s pride among its international counterparts. FIFA through the Normalization Committee ushered Ghana Football into a new era and it is inherent for this new administration to steer away from the past and present a new image. For this reason, match-fixing must not gain grounds as all caught in this web must dance to the music of the law, without mercy. It is essential to uphold our values and protect the integrity of our sport. Gracias.