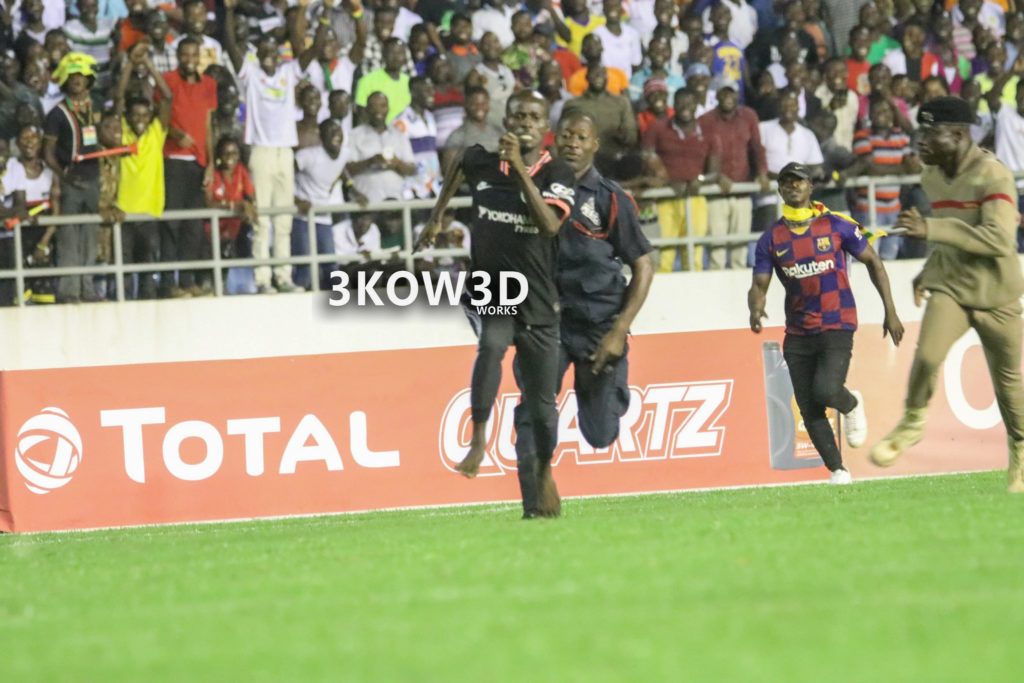 President of the Ghana Football Association Kurt Okraku has revealed that the FA is working on getting pitch invader Awal Suleman released.

Awal Suleman has been detained by the Cape Coast Police following his invasion of the pitch in Ghana's AFCON qualifier against South Africa.

The 25-year old former 400m runner was arrested by Police after he run onto the pitch in the 84th minute if Ghana's 2-0 win against the Bafana Bafana.

According to the FA President, Kurt Okraku, the Central Region FA chairman Robert Otieku Duncan and some members of the Association are working with the police to seek for the release of the fan.

This comes after captain of the Black Stars, Andre Ayew added his voice to the young man's plight, pleading for his release.

Awal Suleman, however is being arraigned for court, according to reports.