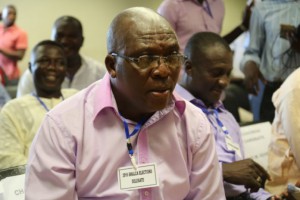 GHALCA boss Kudjoe Fianoo is unhappy with the decision to slash player transfer and gate proceeds percentage and claims the move is intended to frustrate his administration.

The Ashantigold chief claims his administration is being sabotaged after congress gave a seal of approval.

A deduction of 2.5% from the 5% from gate proceeds and player transfers will be funneled into the development of juvenile football.

But GHALCA boss Kudjoe Fianoo has raised the red flags, claiming its wrong.

“It’s amazing how people want to now know the locus of GHALCA when it comes to Ghana football. It is something that has been planned for long devoid of personalities at the association," he said

“It’s also amazing how clubs affiliated to the body allow this decision to be passed. Nonetheless, we’re here for the good of the association and not to bring it down."