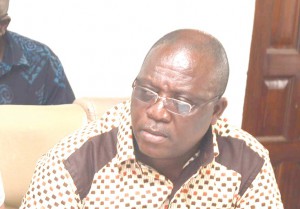 The Ashantigold Chief Executive, who campaigned on reviving the 'dead' competition now finds himself in a fix after crowd pullers Kotoko failed to finish in the required bracket.

Fianoo campaigned strongly against the G-6 tournament instituted by his predecessor Alhaji Ali Raji to win the presidency.

But appears he has his back against the wall to fulfill his campaign promise of reviving the once vibrant and exciting top-four competition.

Opinions are sharply divided on whether to expand it to Top-6 or 8 to accommodate the Porcupine Warriors, who finished fifth behind Medeama.

But there is widespread believe GHALCA should stick to the original format to test the leadership qualities of Mr Fianoo.

The latest uncertainty feeds into earlier conspiracy theory alleged by Medeama in the run up to the final day of the Premier League.

The 2016 CAF Confederation Cup campaigners had claimed some top brass of GHALCA had hatched up a plan to frustrate their bid of finishing in the top-four - with a view of helping Kotoko.

As expected GHALCA denied the claims but appears the chickens have come home to roost.