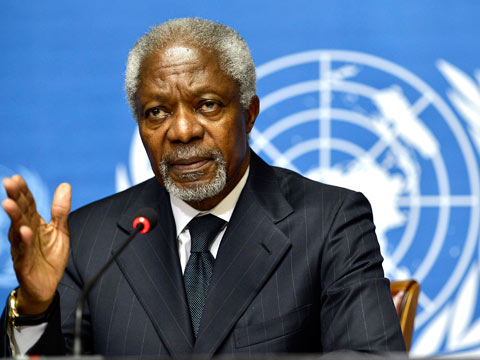 GHALCA which is the mother body of clubs in Ghana, will be organizing mini tournament which will feature teams both from the Premier League and Division One League Clubs.

Filling the void created by the truncated Premier League as well as sustaining the interest of the supporters are the motives behind the body’s decision for the aforementioned competition.

In an interview with Kumasi-based Oyerepa FM, Alex Ackumey disclosed that his outfit are contemplating on re-naming the competition to honour the late former United Nation General Secretary, Kofi Annan.

"Yes we are considering naming the competition after one of Ghana's industrious sons and the name we are looking at is the late Kofi Anan,” Ackumey told Oyerepa FM.

"We are yet to confirm that because we doing consultations.”

Fifteen Premier League clubs have confirmed their participation in the tournament with the only exception being Aduana Stars who have broken camp following their disappointing finish in the CAF Confederation Cup.

Meanwhile, media reports suggest that Ghana Premier League broadcast holders StarTimes will be sponsoring the mini gala tournament with a sum of $100,000.