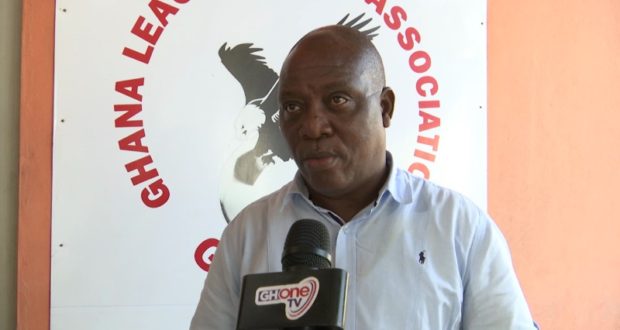 Former AshantiGold Sporting Club Chief Kudjoe Fianoo has been re-elected as the Chairman for the Ghana League Clubs Association (GHALCA).

Fianoo retained his seat accumulating 71 votes to beat his contender Isaac Koomson, a former Vice President of the Association who had 42 votes out of the 113 delegates who voted.

Kudjoe Fianoo after winning the election has promised to review the constitution of the association in his second term.

However, incumbent Vice-chairman Alex Ackumey could not retain his seat after losing to John Ansah in the election.

Ackumey had 47 votes, whilst John Ansah won the seat with 66 votes.

Edmund Ackah and George Ofosuhene of WAFA have been elected to represent the Premier League on the Ghana League Clubs Association Executive Council.

The position was contested by three candidates Edmund Ackah, George Ofosuhene and Nana Amankwaa with only two to be selected for the position.

Edmund Ackah had 91 votes and George Ofosuhene of WAFA had 64 points to get the nod ahead of Nana Amankwaa.

Ackah and Ofosuhene will represent the Premier League for the next four years after winning the election.

Liberty Professionals CEO Linda Ansong will hold the position as Treasurer in the new Executive Committee after beating Boison in the election.

Ansong had 90 votes with Boison getting 23 votes out of the 113 delegates that voted.

For Division One, Eugene Nubel of Danbort had the nod over Felix Bewu in the vote cast. Nubel won the ticket to represent the division with 58 votes whilst Bewu had 54 votes.