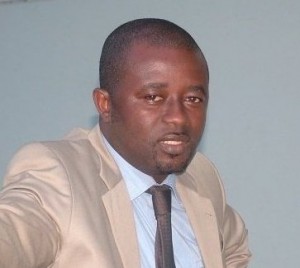 One of Ghana's finest football administrators Kurt Okraku has been suspended as the CEO of the Ghana League Clubs Association (GHALCA), as the turmoil within the organisation seems to be spiralling out of control, GHANAsoccernet.com can confirm.

Okraku, the only person in Africa with an MBA in Football Administration, was slapped with the indefinite suspension on Thursday night, just hours Â ahead of Friday's emergency general assembly.

Chairman of GHALCA's interim management committee Alhaji Raji Ali slapped the Liverpool University trained administrator with the letter for absenting himself from office on Thursday.

Okraku, a member of the Interim Management Committee, was asked to step-aside for what the body describes as "lapses in the discharge of his duties."

But Okraku was on another official duty chairing the FA Cup committee in the absence of substantive chairman, chief Lepowura Alhaji Jawula.

Okraku confirmed his suspension but refused to elaborate when contract by Asempa FM.

"Yes I can confirm that I have received a letter to that effect and so I have taken it in good faith and will give me the chance to rest," Okraku said.

"I won't say anything more than that but at the right time we will see how it goes."

The latest incident is expected to widen the already volatile relationship that exists between some clubs and the IMC and Friday's meeting will prove consequential to their stay in office.

The locus of the five-man interim committee headed by ex-Eleven Wise Executive member Alhaji Ali Raji has been questioned after handing Kotoko a 10, 000 Ghana cedis fine and one-year ban.

It will be recalled that the entire executive body GHALCA were forced to resign en block following allegations of financial malfeasance and lack of accountability.