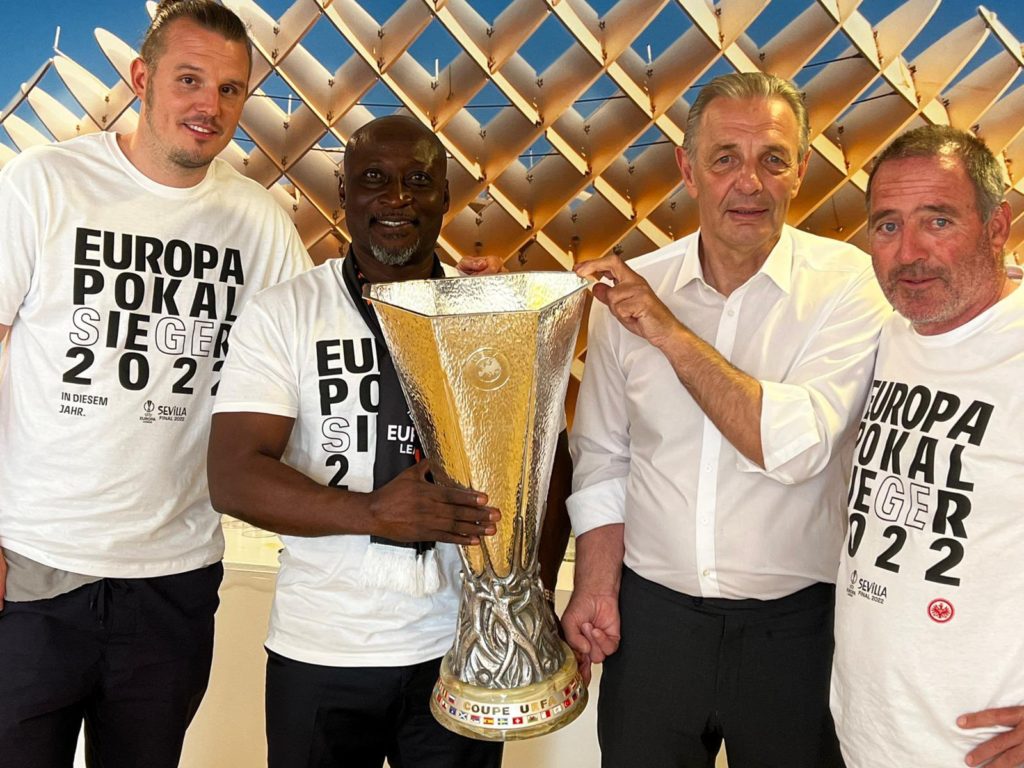 Former Ghana international Anthony Yeboah was in Seville to watch his former club Eintracht Frankfurt win the Europa League for the first time.

The Frankfurt legend was presented with the trophy after their incredible victory over Glasgow Rangers on Wednesday evening.

It was Frankfurt's first major European title in 42 years.

Rangers thought they would win the final in Seville when Nigerian midfielder Joe Aribo broke the deadlock in the 57th minute.

But Borre equalised for Frankfurt in the 69th minute.

Both teams were unable to find the winning goal as the game went into extra time, which also failed to produce a winner, resulting in a penalty shootout.

Frankfurt won the final by converting all five penalties to Rangers' four. Aaron Ramsey, a former Arsenal and Juventus midfielder, was the villain as his penalty was saved.

Anthony Yeboah played for Frankfurt between 1990 to 1995, scoring 68 goals in 123 matches to win the Bundesliga golden boot twice.

He also played for Hamburg in Germany.