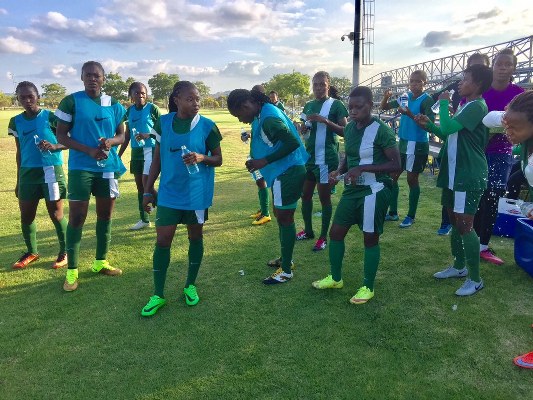 Ghana and Nigeria will be the two countries to represent Africa at the U20 Women's World Cup in France later this year after the two sides secured qualification on Saturday.

The Black Princesses demolished Cameroon 3-0 in Cape Coast while ten-woman Nigeria destroyed South Africa 6-0 in Benin in the second leg of the final round of the qualifiers.

The result means Ghana qualified 4-1 on aggregate while Nigeria claimed their ticket 8-0 on aggregate after winning the first leg 2-0 in Polokwane two weeks ago.

Ghana drew one all with Cameroon in Yaounde, in the final first leg qualifier, a fortnight ago and they were poised to eliminate Cameroon to qualify to the biennial tourney.

The Black Princesses will be making their fourth successive appearance at the global event and secure Ghana's first qualification for a major football competition in 2018.

Falconets on the other hand will be making their ninth straight appearance at the U-20 Women’s World Cup since their debut appearance in the maiden edition of the competition in Canada in 15 years ago.

The tournament will be held in France from 5-24 August.