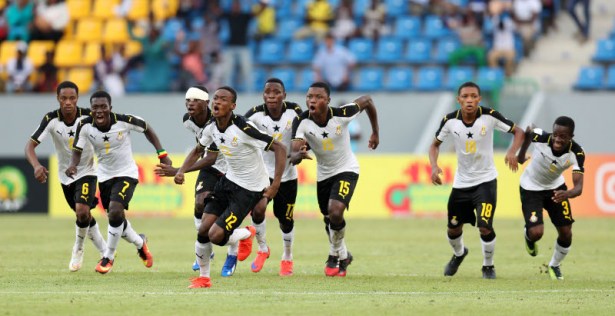 Ghana's national U17 team, the Black Starlets, arrived in the Indian city of Delhi on Monday for Saturday's start of the U17 World Cup.

The Black Starlets landed at the Indira Gandhi International airport at around 3pm local time for the competition which starts on Friday.

The Ghana national U17 side straightaway proceeded to their team hotel to get enough rest ahead of the start of training on Tuesday.

The Ghana team reached Delhi from Abu Dhabi where they had based for training ahead of the U-17 World Cup.

Both USA and Ghana are in Group A along with hosts India and Colombia.

Ghana open their campaign against Colombia on October 6, followed by matches against USA (October 9) and India (October 12).

They will play all their group matches at Jawaharlal Nehru Stadium in New Delhi.

This will be Ghana's ninth appearance in the FIFA U-17 World Cup and are one of the favourites considering their performance in the CAF qualifiers.

Besides the two titles, they have finished runners-up twice (1993 and 1997) while finishing third in the 1999 edition