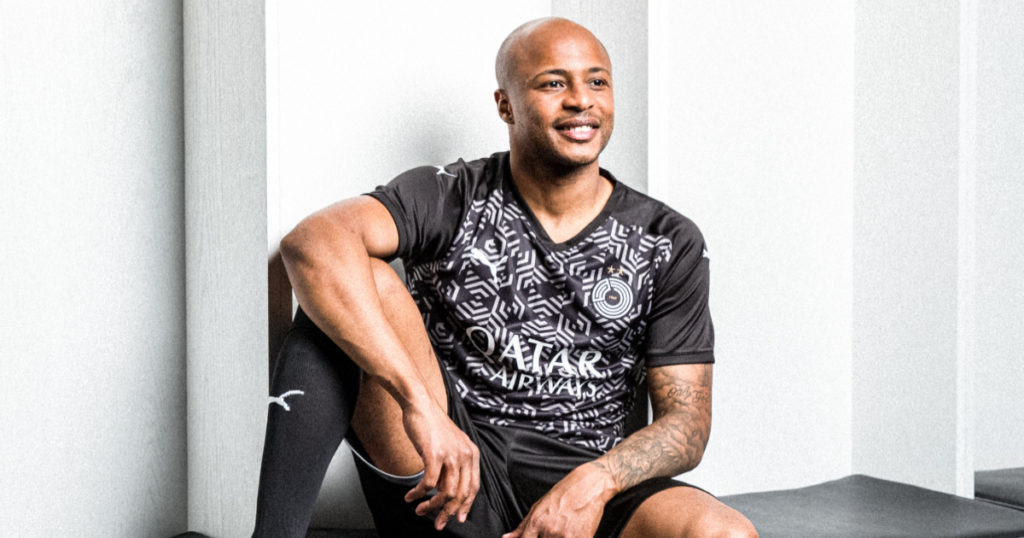 The 31-year-old joined his teammates as they unveiled the new jerseys ahead of their derby game against Al Arabi on Friday.

The jersey is designed by kit manufacturers PUMA, and it is dominated with black colour with some touch of white.

Andre Aew has become a key player for the Wolves despite joining in the summer transfer window.

His goal scoring form is huge boost for new Ghana coach Milovan Rajevac, who needs his players firing ahead of the double header against Zimbabwe next month.