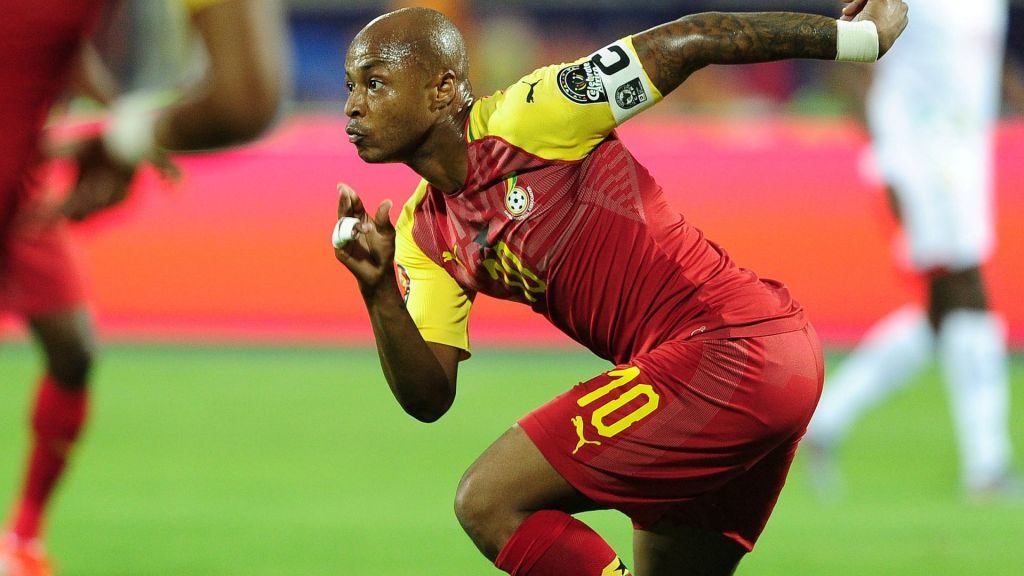 Andre Ayew will captain Ghana for their match against South Africa

Ghana coach Andre Ayew says he must psyche up the Black Stars players to ensure that they defeat South Africa in Thursday's 2021 Africa Cup of Nations (AFCON) qualifier.

The Swansea City playmaker is under pressure to lead the national team to secure a convincing win over the Bafana Bafana in Cape Coast after the side performed badly at the recent tournament in Egypt.

Several new players have been called to play with some regular players out of the squad because of injuries or lack of form.

Seven new players including youngster Mohammed Kudus have been called for the match for their debut and Ayew says he must help them overcome the anxiety of playing for the senior national team.

"As leader of the side, it is my responsibility to psyche up my colleagues and make sure that we make our nation proud always," Ayew said at the pre-match press conference in Cape Coast on Thursday afternoon.

Ghana is paired in the same qualifying group with South Africa, Sudan and Sao Tome and Principe.

After Thursday’s game against South Africa, the Black Stars will travel to face Sao Tome and Principe in the second group game on Monday.

The Black Stars started their preparations on Monday evening before travelling to the coastal city of Cape Coast on Tuesday where the qualifying match will be played.