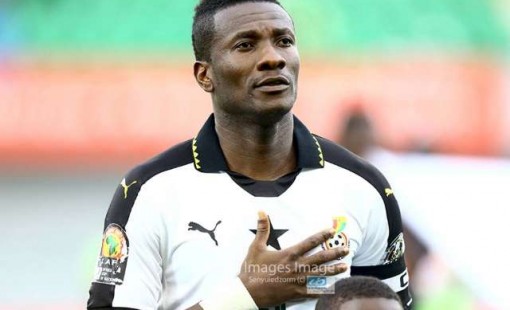 Ghana captain Asamoah Gyan will return from his back problem to be fit for the crunch World Cup qualifier against Congo on the 1st of September 2017.

The 31-year-old is currently fighting his way back to full fitness after coming off injured on his debut for Turkish side Kayserispor against Galatasaray.

Gyan is Ghana’s highest goal scorer with 51 goals in a little over 100 games and has been part of the country’s success story at the world stage.

He is Africa’s highest goal scorer at the World Cup and at 31 he knows his time is running out and would want to bow out with another World Cup game.

Invites have been sent out and Gyan is expected to shake off a lingering back problem to lead the team in what is the biggest game for Kwesi Appiah since his return to the Black Stars job.