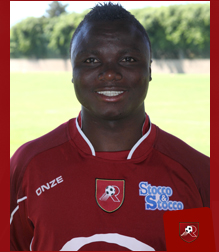 Ghana captain John Mensah has dedicated Sunday's victory to striker Dominic Adiyiah whose father was buried a dad before the match.

The Partizan Belgrade's gave his late father a befitting farewell by scoring the second goal for the Black Stars in the 3-0 win.

His commitment and assertiveness was awesome and won the admiration of John Mensah who dedicated the hard fought victory to the bereaved forward.

"It was a hard game but we thank God for the victory. The most important thing is we stay together and play as a team and at the end we get victory," Mensah said.

"We thank all Ghanaians for their support but the most important I have to say is our condolences to Dominic Adiyiah for his late father.

"We all pray for him and we are behind him all the time," Mensah said in a post-match."

Ghana are joint top of Group I with Sudan who defeated Swaziland 3-0 in Sunday night's game.