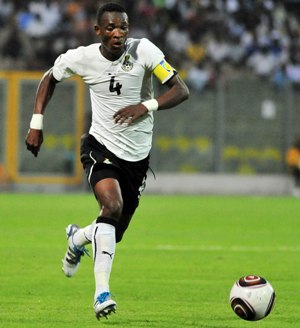 Ghana defender John Pantsil has fired a warning shot at five-time world champions Brazil ahead of next Monday's international friendly.

The Black Stars will make a third attempt to beat the 2011 Copa America flops after failing in two previous.

Despite struggling to defeat Swaziland 2-0 on Friday night in a Nations Cup eliminator, Pantsil believes the team will click into gear for the clash at Craven Cottage.

"They have beaten us two times already but this time around, they will have no chance. In Craven Cottage, we are going to go all out to lift high the flag of Ghana. No chance for Brazil. No complacency," Pantsil declared.