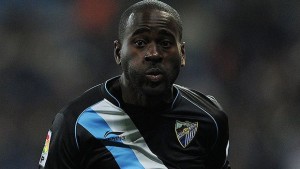 Ghana coach Goran Stevanovic has admitted the decision to drop winger Quincy Owusu-Abeyie was a very difficult one to take.

The Panathinaikos player managed to catch the eyes of the Serbian trainer who personally travelled to see him play in the Greek top flight.

That earned him his recall to the Black Stars after a long layoff.

But Stevanovic ended up dropping the skillful winger for the Africa Cup of Nations finals and says it was a decision which did not come easy.

"Quincy is a player I like and I travel to Athens to watch him but sometimes when he stays with us, I don't know he changes," Stevanovic said.

Ghana are drawn in Group D alongside Botswana, Guinea and Mali will open its pre-tournament camp in Rustenburg, South Africa on 7 January.