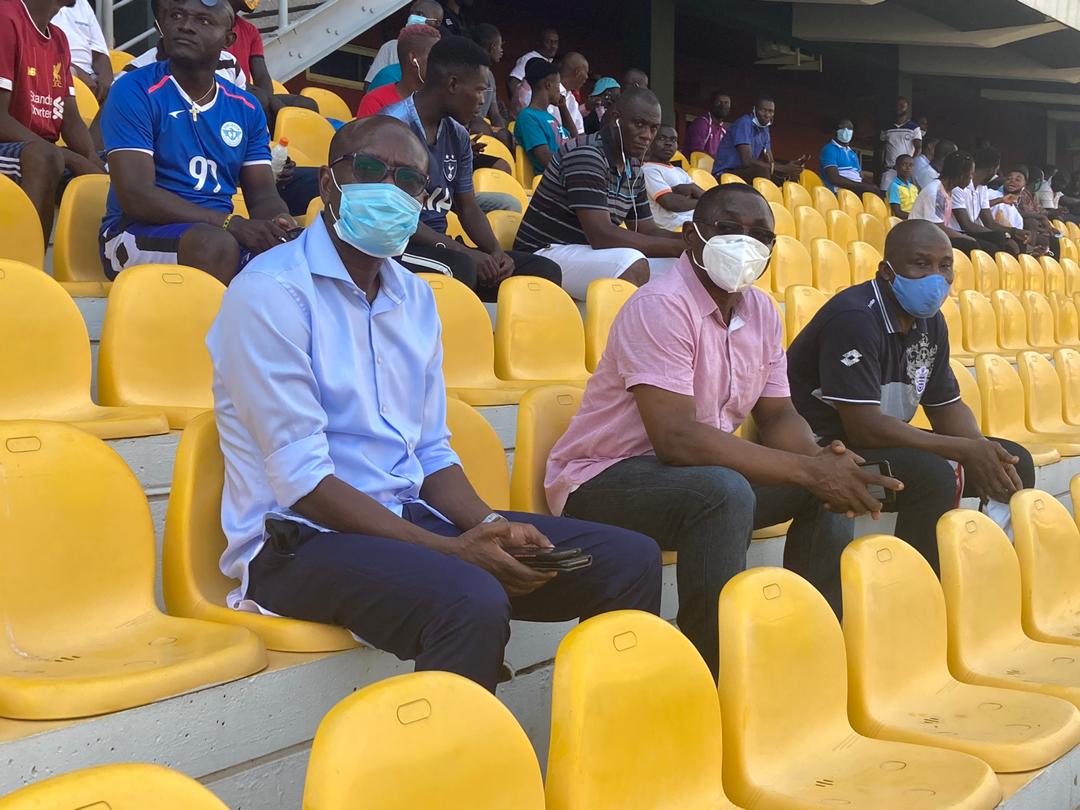 Head coach of the senior national team, Charles Kwablan Akonnor and his assistant, David Duncan were at the Accra Sports Stadium on Sunday to watch the epic Premier League game between Great Olympics and Ashantigold.

The technical handlers of the Black Stars have showed keen interest in the domestic league as they continuously visit match centers to scout players for the national team.

The game which ended 2-1 in favour of Ashantigold lived up to expectations producing some spectacular goals.

Olympics skipper Gladson Awako continues to knock the doors of the Black Stars with some outstanding performances and on Sunday he showed brilliance with his goal a contender for goal of the season.

The former Ghana U-20 player with his back to the post received a pass and on the spin fired in the opener.

The technical team of the Black Stars might have also had their eyes on Ashantigold midfielder Appiah McCarthy who bossed the middle of the as they came from a goal down to win the match.

Amos Addai and Yaw Annor netted for the ‘Aboakese’ lads.